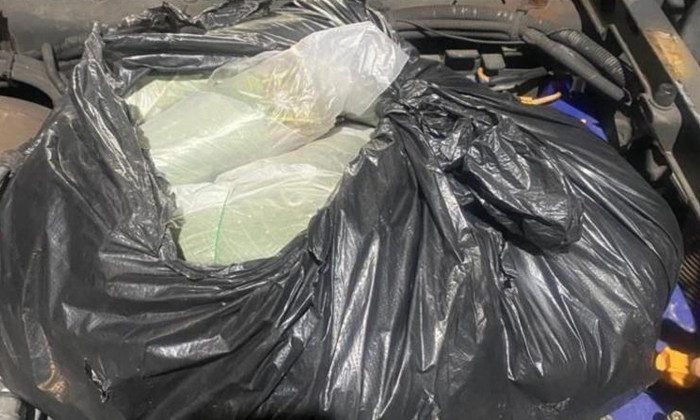 A trash bag containing almost 6kg of leaves led to five people being arrested within the first week of the new year.

That was because the leaves, which were being smuggled into Singapore on Monday (Jan 3), belonged to the kratom plant, and contain mitragynine and 7-hydroxymitragynine, which are listed as Class A controlled drugs here.

On Monday morning, Immigration and Checkpoints Authority (ICA) officers at Woodlands Checkpoint noticed anomalies in the scanned images of a lorry entering Singapore with a consignment of bottles.

They found the trash bag containing 22 bundles of about 5.8kg of kratom leaves hidden in the lorry's battery compartment.

The 33-year-old Malaysian driver was arrested and referred to the Central Narcotics Bureau (CNB).

The next day, they arrested a 31-year-old Malaysian man in a commercial building in Beach Road.

In a joint release on Wednesday (Jan 5), the ICA and CNB said investigations are ongoing.

Kratom leaves have been used in traditional medicine and is ingested via chewing, or pounded to become a liquid product, or brewed and is then consumed.

But it is also known to cause severe side effects such as heart and liver damage.

The last known seizure of kratom leaves at a checkpoint here was in 2019.

ICA and CNB said they will continue to conduct security checks at the checkpoints to prevent smuggling across Singapore's borders.

Those convicted of importing Class A controlled drugs into Singapore face at least five years in jail and five strokes of the cane.

Related Stories
2 men arrested, over 2kg of drugs worth $167k seized during CNB raids in Serangoon
4 arrested, $328k worth of drugs seized in CNB bust
Woman arrested in drug raid as her kids played nearby, drugs over 10kg worth $944k seized
More About:
drugs
ICA
CNB
smuggling
arrest