Woman arrested in drug raid as her kids played nearby, drugs over 10kg worth $944k seized 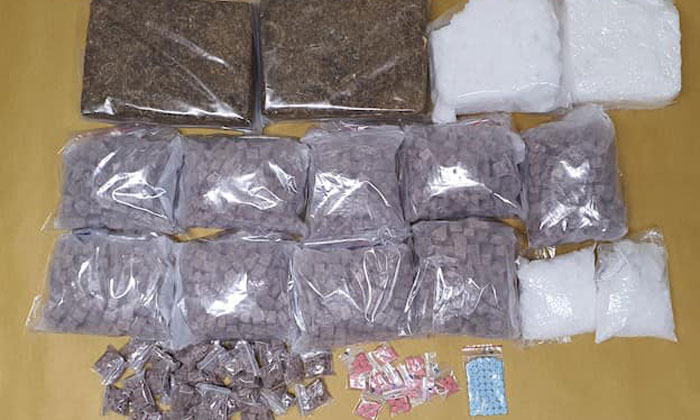 A 31-year-old Singaporean woman was arrested at a residential unit in Sengkang in a drug raid on Tuesday (May 25) while her two children were playing nearby, prompting the Central Narcotics Bureau (CNB) to place them in the custody of a next of kin.

A 45-year-old Singaporean man was also arrested at the same unit in Fernvale Road.

Officers conducted a search and found more than 10kg of drugs worth close to $944,000.

The two children, a 11-year-old boy and a 10-year-old girl, were seen playing outside the unit before the raid.

CNB said arrangements were made to ensure that the children's welfare was taken care of before they were placed in the care of a relative.

Mr Sebastian Tan, deputy director of CNB operations, said: "Children are the unfortunate victims in many of such drug offences. Drug traffickers not only destroy the lives of others through their selfish and nefarious acts, but also bring pain and misery to their family and children.

"Parents play a key role in nurturing and guiding their children, and to keep them out of harms' way. CNB endeavours to keep the streets of Singapore safe from drugs through our rigorous enforcement actions and will continue to reach out to parents and work with them to guide their children towards a healthy, drug-free lifestyle."

CNB investigations into the case and the suspects are ongoing.