2 men arrested, over 2kg of drugs worth $167k seized during CNB raids in Serangoon 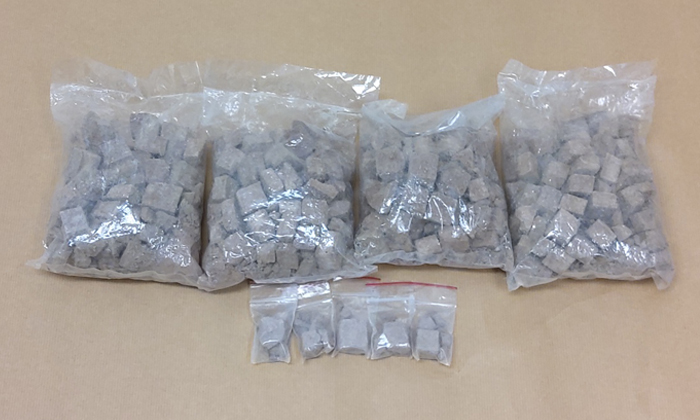 Two Singaporean men have been nabbed for suspected drug activities, with more than 2kg of illegal drugs seized.

"About 44g of heroin and various drug paraphernalia were found and seized from the unit, and four packets containing about 1,823g of heroin were seized from a vehicle parked in the same vicinity," CNB said in a news release.

In a follow-up operation conducted on the early Thursday morning, CNB officers arrested a 59-year-old Singaporean man in the same vicinity.

The drugs seized in both raids had a total estimated street value of $167,000.

Superintendent Lim Sze Yuk, commanding officer of enforcement 'G' Division, said: "Illicit drugs are harmful, addictive, and can destroy lives, families and communities. This is why we have strict laws in Singapore against the trafficking, possession, consumption, and import or export of illicit drugs.

"CNB officers will continue to take rigorous enforcement and launch well-timed operations to keep the streets of Singapore safe from drug traffickers and syndicates."

Investigations into the drug activities of the arrested suspects are ongoing.