Train service disrupted on North-South Line for over 3 hours in morning: 'I was very confused' 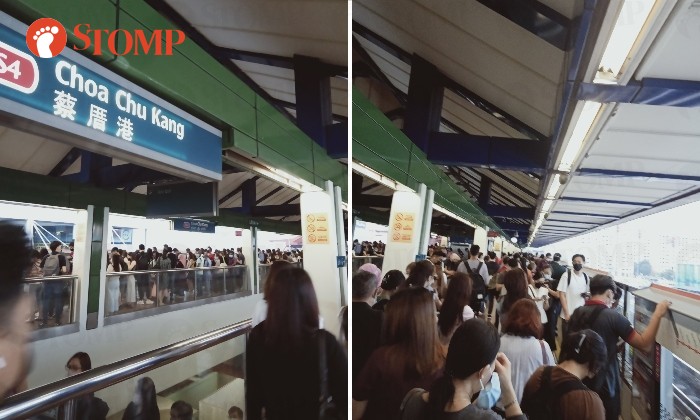 Train service on the North-South Line was disrupted by a track fault near Yishun station on Wednesday morning (Oct 19).

SMRT first tweeted about a disruption on the North-South Line at 5.46am.

By 7.45am, the train operator said that service was returning to normal.

In a Facebook update at 10.17am, SMRT said: "At about 4.30am during engineering hours, a faulty engineering maintenance vehicle could not move from the northbound platform near Yishun station on the North-South Line. Our engineers were deployed on site to recover service...

"At about 6.40am, northbound train service was stopped from Yio Chu Kang to Canberra stations for the engineers to access the faulty engineering maintenance vehicle. We assessed that it would be withdrawn to the depot."

Photos of the incident at Yishun were posted on Twitter.

This is why there is no train service between Yio Chu Kang and Canberra, due to a faulty track near Yishun sidings.

The disruption affected many commuters.

Sharing photos of Choa Chu Kang station, Stomper Zen said: "Upon arriving at the station at 7:50am, I looked at the time board and was wondering how come the train timing was so long. Once I reached the platform, there was a massive crowd waiting for the next train. Everyone was gonna be late for work." 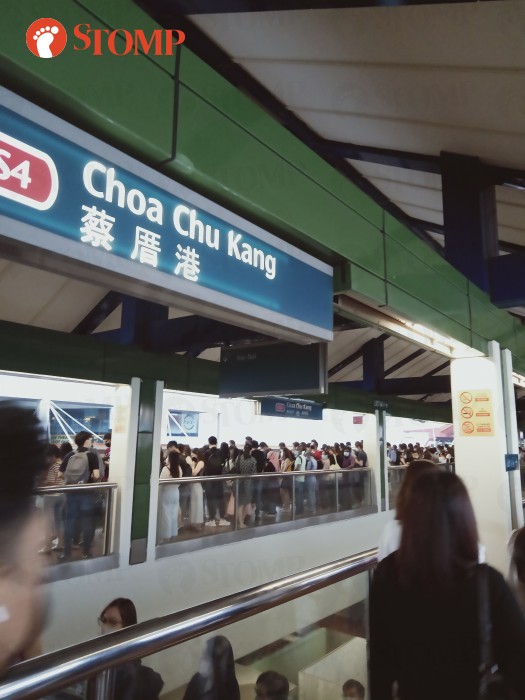 Stomper Chee Kiang shared a video of people waiting to take the bridging bus outside Yio Chu Kang station at around 7.15am

There was some confusion among commuters.

Train delay What's worse? Staff who have no idea how to advice where to go and confuse everyone.

One commuter told Stomp that when she walked to Yew Tee station at around 8.15am, it was "totally full".

She recounted: "The time board said next train would be two minutes and the next next train was 'do not board'.

"But when the actual next train came, the board suddenly became 'do not board'. I was very confused. The train was like almost totally empty, but there were a few people inside.

"Then after like three minutes, the train doors opened. So I got in."