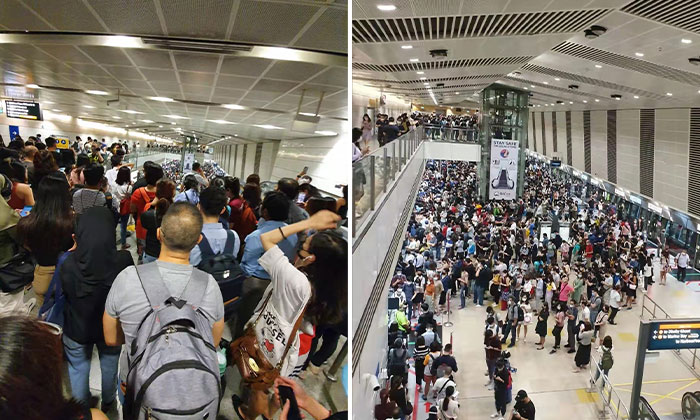 SMRT has apologised to commuters whose journeys were affected by a signal-related fault along the Circle Line on Tuesday morning (May 10).

Several commuters took to social media to share photos of the crowds that formed at Bishan MRT Station during the morning rush hour.

What happens at Bishan MRT Station?

Many expressed confusion, with one comparing the scene to the throngs of people usually seen at the Johor Bahru immigration complex.

OMG...Do you believe this is Bishan MRT station? Like JB custom

In response to a Stomp query, Mr Ho Foo Sing, head of the Circle Line, SMRT Trains said: "On 10 May at around 8am, a signal-related fault occurred along the Circle Line that affected train movement between Holland Village and Haw Par Villa stations on both bounds.

"The fault was rectified within five minutes and train service continued to be available.

"This had caused longer waiting times between five and 10 minutes at some stations as the crowds cleared.

"In-train and station announcements were made to inform commuters of the longer waiting time.

"Additional staff were deployed to assist with crowd management.

"We are sorry to have affected commuters’ peak-hour journeys."