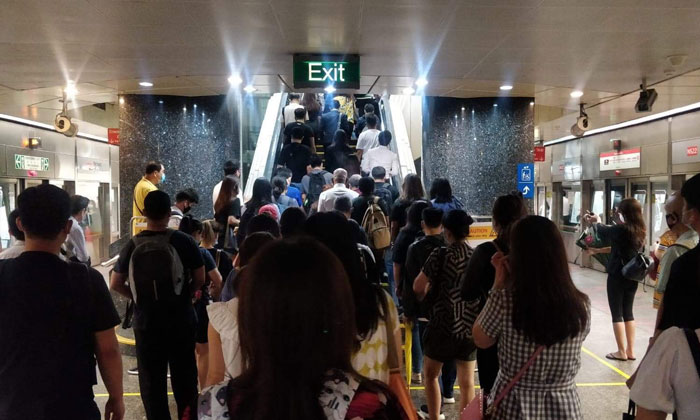 A huge crowd was spotted Orchard MRT Station after there was a disruption to train services along the North South Line due to a train fault on Monday morning (June 22).

Stomper Randy alerted Stomp to photos of the crowd that were posted on Facebook.

Throngs of commuters were seen queueing to take the stairs to the station's exit.

The photos sparked concerns among netizens regarding the lack of social distancing observed during phase two of Singapore's reopening.

At 9.25am, SMRT tweeted that commuters should expect an additional 25 minutes of travel time between Newton and Marina South Pier.

[NSL]: Due to a train fault, pls add 25mins train travel time btwn #Newton and #MarinaSouthPier.

It also said it was offering free regular bus services between the two MRT stations.

At 10.03am, it said train services had resumed.