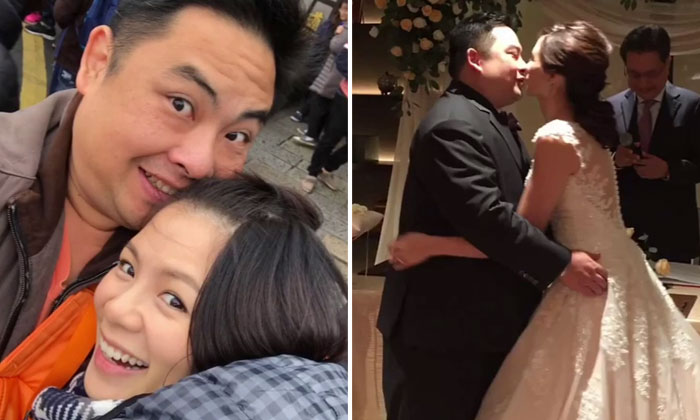 Death is cruel and the ones who are left behind may be able to piece themselves back together but they never truly recover.

Ben, 43, married former TV actress Tracy Lee in 2017 and they have a one-year-old son. Tragically, his death came just days before their son was due to celebrate his first birthday.

As a tribute to her late husband on the one-month mark of his passing, Tracy took to Instagram to publish a video accompanied by a melancholic post.

Tracy wrote: "It's been a month... I'm still trying to get used to a life without you. This is the longest that you've been away from me. Whenever you travelled in the past, I would look continuously at the phone, awaiting your messages. Now, I can only pen down my words to you in a diary."

In the post, she described just how much Ben's presence is missed in the house.

From missing the "familiar sounds of his snores every night" to not being able to "feel the warmth of (his) hands on a cold day" to their son "lacking the embrace of his father when he cries at night", Tracy provided heartbreaking examples on the void that his death has left in their family.

She continued: "Hubby, I miss your bear hug. I want my Aladdin."

But perhaps what would make everyone reach for a tissue was when Tracy described how their son is aware that Ben isn't around.

She said: "This morning, I showed him a photo of you hugging him, and he pointed to the photo and called 'Daddy'. He called out for you again. Did you hear it?"

Tracy ended off her tribute by declaring that she refuses to give in to the grief and sadness.

She wrote: "Whenever I feel the tears coming, I'll look at videos of you, listen to your voice, and remind myself to not be sad because God is looking after us and has never abandoned us."