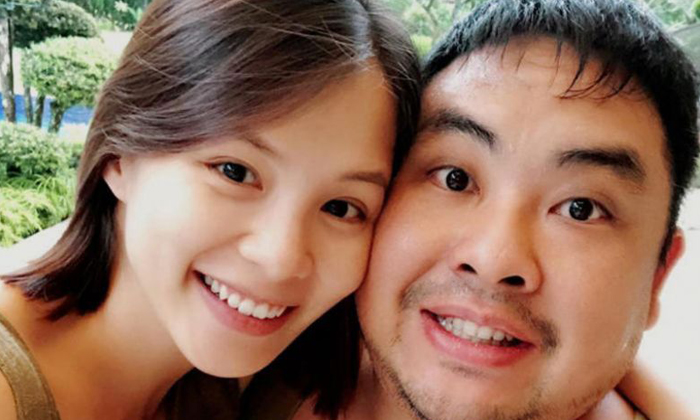 Mr Ben Goi, 43, died after suffering a stroke that led to a brain haemorrhage in Kuala Lumpur on Sunday (Feb 3).

According to The Straits Times, Foreign Minister Vivian Balakrishnan was among those seen speaking with Mr Sam Goi at the funeral service held at the family's Bukit Timah home.

Mr Ben Goi's casket left for Mandai Crematorium at around 9.30am.

There, Mr Sam Goi said in a eulogy: "I wish that my youngest son can have a happy life in heaven as he did in life.

“I must thank everyone for coming to my place and sending him off. I’m glad that so many people will think of him. He must feel very happy on his way to heaven."

Mr Ben Goi’s wife, Malaysia-born former TV actress Tracy Lee, sobbed uncontrollably after placing flowers on his coffin. She later turned away from the crowd to compose herself.

During the cremation service, she could be heard crying out: “Goodbye hubby, goodbye. I will take care of your parents. Let’s meet in heaven.”

The couple have a son who was born on Feb 9 last year.