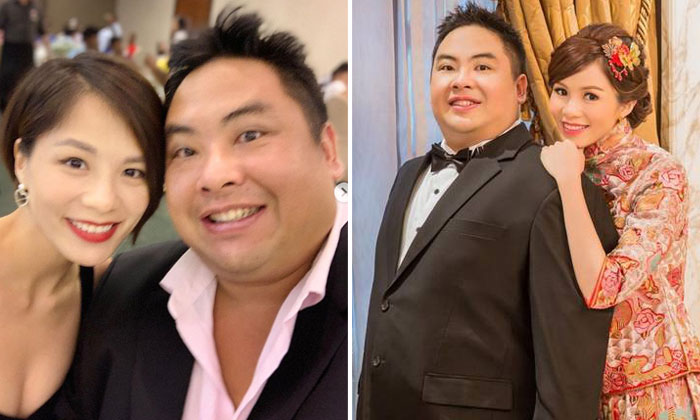 He was 43 years old when he died, reports Shin Min Daily News.

He leaves behind his wife, former local TV actress Tracy Lee, and their son. She had given birth to their first child last year.

The couple made headlines when they tied the knot in 2017.

Their guest list included the who's who of Singapore's government, business and entertainment circles.

Local celebrities such as Terence Cao, who was one of the groomsmen, and Xiang Yun, Aileen Tan and Hong Huifang attended as well.

The late Mr Goi's father, Mr Sam Goi is known as Singapore's "Popiah King" and is the chairman of Tee Yih Jia Foods.

He has an estimated net worth of about $3 billion, according to Forbes.

Not much was known about the younger Goi except that he was believed to have been working for his father in his sprawling empire, among which includes food and property-related businesses.