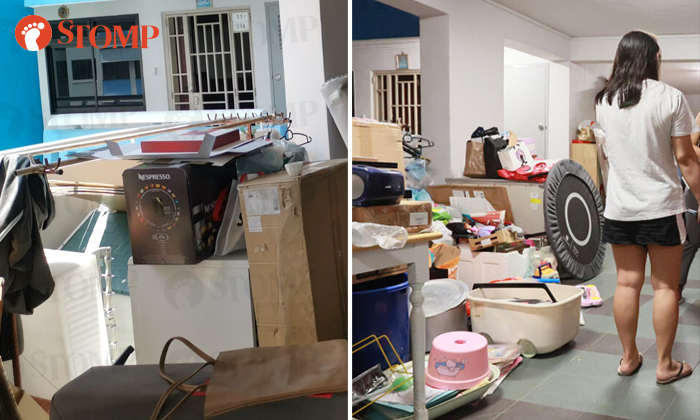 A resident behind the clutter at the common areas of Block 228B Compassvale Walk has agreed to clear the obstruction, Sengkang Town Council (SKTC) told Stomp in response to queries.

A Stomper, who lives at the block, had earlier shared photos of clutter at the common corridor, lift lobby and even the staircase landing on 11th floor.

He lamented about the situation and said it has only gotten worse despite multiple reports to the town council.

According to Shin Min Daily News, the clutter belongs to a female resident who has been using the common spaces as a "personal warehouse".

Responding to a Stomp query, Sengkang Town Council said it has been working with the residents of the affected unit to resolve the issue. 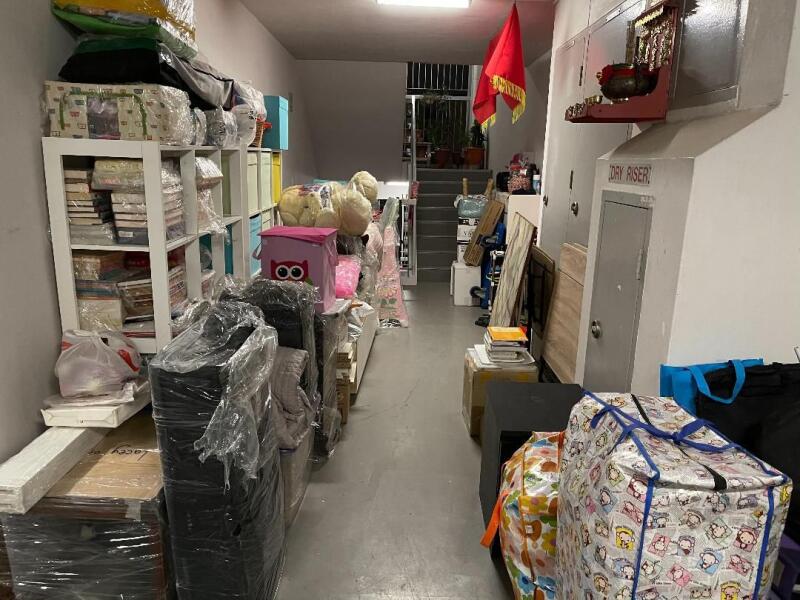 The corridor obstruction at the block "has been a recurring issue for the last three years," a spokesman told Stomp on Tuesday (Dec 14).

The spokesman added: "The town council has issued a number of advisories and summonses over the years, and also has been actively engaging with the resident on an ongoing basis to request that the resident refrain from placing their items along the common area as the obstructions pose safety hazards in times of emergencies."

Ms He Ting Ru, the Chair of Sengkang Town Council, together with the Property Manager and Property Officer, had visited the unit on December 10 and spoke to the resident about the obstruction.

"The resident acknowledged the problem, and has agreed to work with the town council to clear the obstruction, with a follow-up visit to be paid early next week," the spokesman shared.

"While the town council understands the need to act swiftly to resolve the matter, we seek the continued patience of other affected residents as we resolve the various issues."

"The team further discussed with the resident the means by which the resident and their family could be supported, and will continue to work with any relevant agencies to address the matter in the interests of all parties."