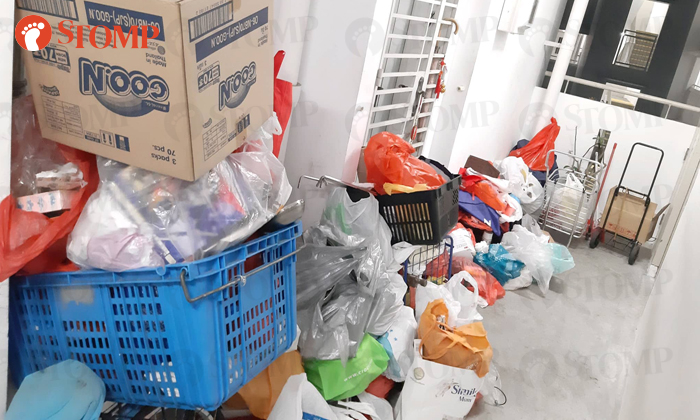 An elderly man has been cluttering a common corridor in Woodlands with heaps of items, much to the chagrin of other residents.

Stomper Leon shared photos of the situation on the 13th floor of Block 785A Woodlands Rise and said it has been going on for almost a year.

The pictures, taken on Wednesday (Dec 1), show items such as numerous plastic bags, trolleys, baskets and a bicycle along the corridor.

Leon said: "Look at what this stubborn tenant has been doing. Is he renting the whole stretch of corridor too?

"Staff from the town council have come down umpteen times in almost one year, but they have no way to deal with this tenant either. He is always acting poor and drama.

"He also scolded them when they came. He even snatched his items back from the staff when they were trying to clear his unwanted items. No one can handle him.

"Please help to share this. I hope someone will be able to do something."

In response to a Stomp query, a spokesman for Sembawang Town Council said the corridor was cleared on Thursday evening (Dec 2). 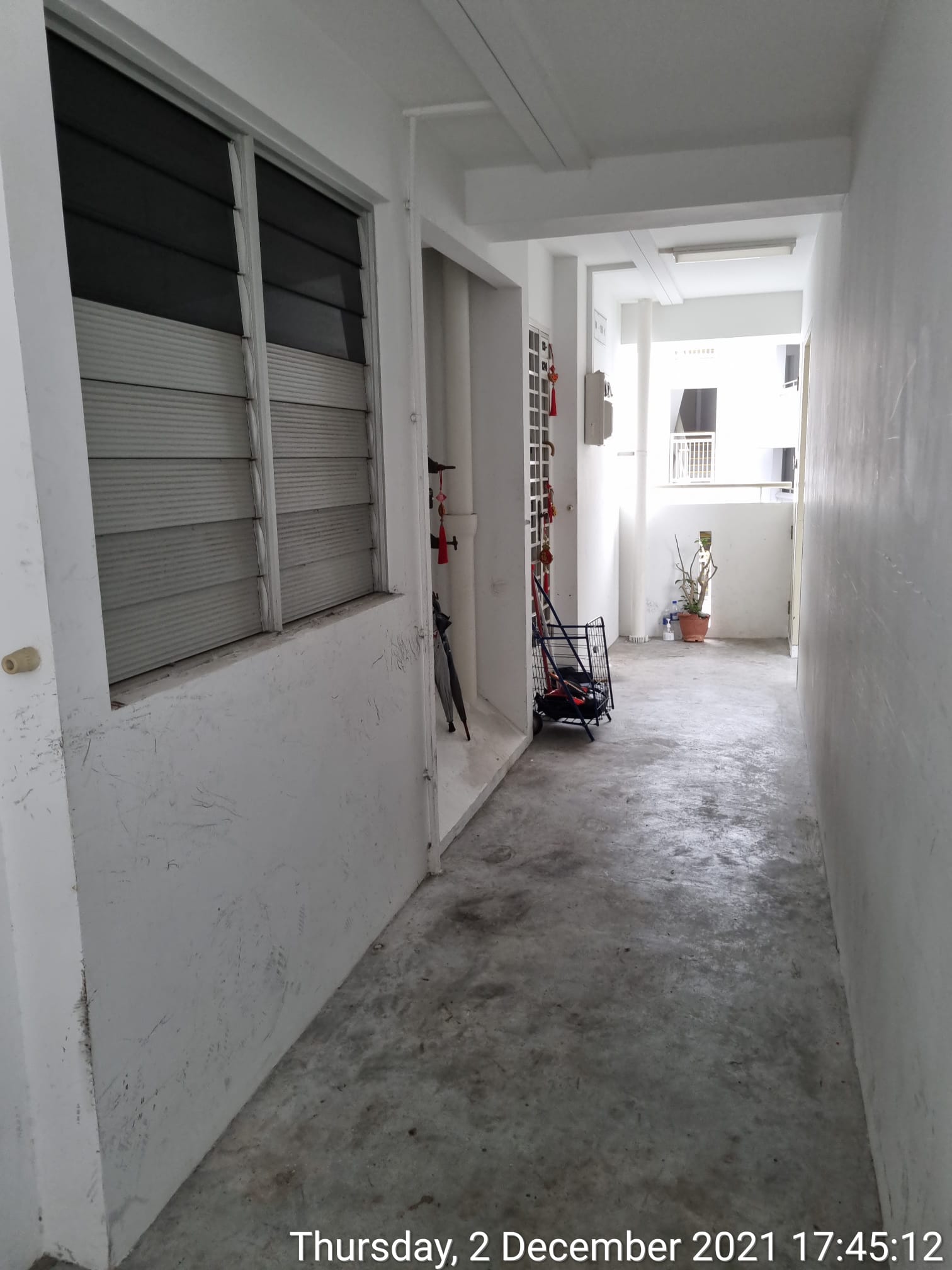 The spokesman added: "We have assisted the elderly resident in clearing the corridor on a few occasions and reminded him to keep the corridor clutter-free.

"However, despite the town council's attempts in removing the items and warnings, he would always retrieve the items back and put them back to where they were.

"Other agencies have also been involved to help improve the situation.

"We are monitoring the situation closely and will not hesitate to take further action should the resident repeats the act."