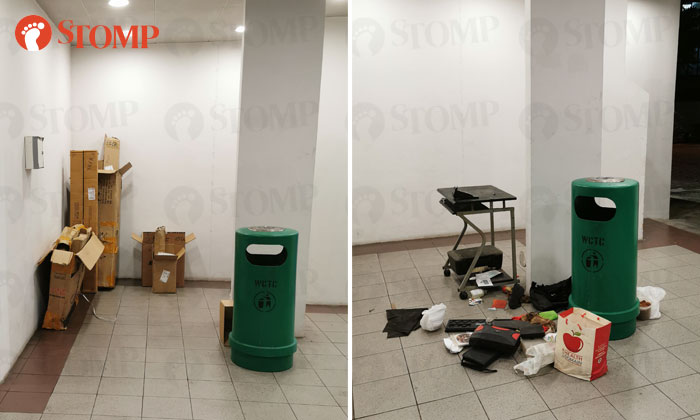 West Coast Town Council has barricaded a section of a void deck at Block 601 Jurong West Street 62 to prevent residents from using it as a "common dump area" after a Stomp alert.

A Stomper shared with Stomp photos of several incidents where he would find bulky items left at the void deck of the block.

"It's not the problem of the cleaners but the selfish residents dumping due to easy access."

In response to a Stomp query, a spokesman from West Coast Town Council said: "The area has been barricaded with notice to refrain residents from dumping their items.

"We have also distributed advisory to all units of the block to remind residents on proper disposal of rubbish.

"We would also like to remind residents that the town council provides free bulky removal service for up to three bulky items per household each month.

"Residents may contact us should they require assistance in the removal of bulky items."