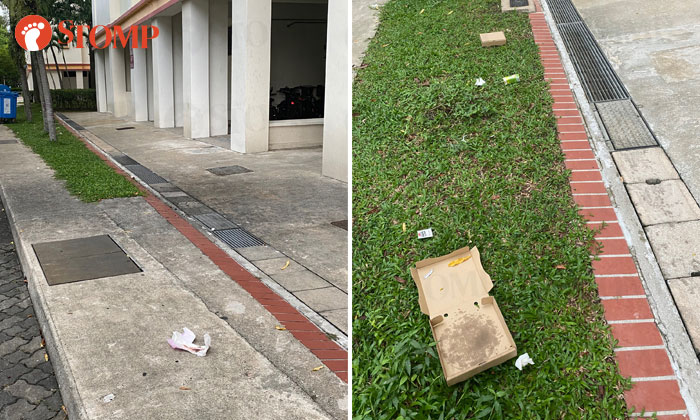 Most recently, a Stomper alerted Stomp to a used sanitary pad and pizza boxes that were tossed from a window on Apr 24 at about 3.21pm.

"These people are truly disgusting and inconsiderate," she said.

"This is not the first time.

"I'm not sure how long this has been happening but it is really one of a kind."

In response to a Stomp query, a spokesman from Sembawang Town Council said the case was first brought to their attention in April last year.

The spokesman said NEA has been notified as high-rise littering falls under their purview.

"They have deployed high rise littering cameras in that block to capture the littering act on two occasions," the spokesman said.

"From our end, we have also served high rise littering notices to the residents.

"We will continue to monitor the situation and act accordingly."