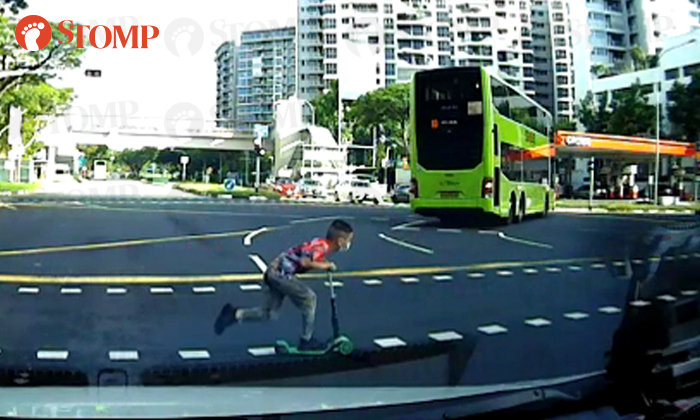 A driver was concerned to see a toddler dashing across the road on his kick scooter in Tampines last Friday (May 29).

Besides his alarming speed, the boy did not dismount nor did he look out for traffic when riding across the road.

He recounted: "When I stopped at the traffic lights near the Caltex station, I saw this little boy dash across the road while the right-turn arrow was still flashing.

"Actually, an uncle did try to stop the boy but the boy was too fast.

"Behind the boy was a lady cycling with another little boy as the pillion rider. I think she might be related to the boy who dashed across the road.

"I am sharing this video in hopes of reaching out to the boy's parents so that they can do something before it's too late."

In a separate incident last month, a young boy was seen riding his kick scooter in the middle of the road along Yishun Avenue 8.

A cyclist, later identified as 35-year-old Zwan Giant, was lauded for saving the child from oncoming traffic.