Teens keep residents up by playing basketball till late at Yishun 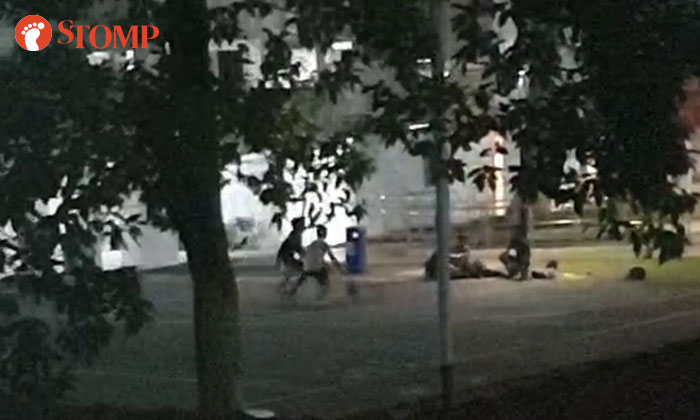 Residents in Yishun have been losing sleep for years thanks to teenagers who play basketball until late at night near Block 147 Yishun Street 11.

Stomper Mohd, a resident in the area, alerted Stomp to the situation and shared he has been putting up with it for the past three years.

"These teenagers regularly play at the basketball court till late, even after the lights turn off at 10pm.

"I have made multiple calls and complaints to Nee Soon Town Council and the police regarding this."

In response to a Stomp query, the town council said it is aware of the matter and share Mohd's concern.

A spokesman said: "We regularly deploy officers to that basketball court after 10pm, to remind players to stop playing.

"In addition, the Town Council have also put up advisory signs near the basketball courts to advise court users to stop all ball games by 10pm.

"Lights at the courts will automatically turn off at 10pm.

"Residents are encouraged to approach your neighbours to politely inform them to keep the noise level down.

"Should the attempts be futile, residents may wish to call the police to seek assistance.

"The Town Council will continue to monitor the situation and continue to put up additional education materials.

"We would also like to use this platform to remind all residents to keep noise levels to the minimum in consideration of your neighbours."

Related Stories
How to sleep with this racket? Youths play ping-pong at Woodlands void deck till as late as 4am
Jurong resident sees boy squatting on wall of 18th-floor rooftop while friends urge him to 'jump'
Police alert school after students imitate parkour moves at Serangoon North HDB block
More About:
Youths behaving badly
noisy
Yishun