How to sleep with this racket? Youths play ping-pong at Woodlands void deck till as late as 4am 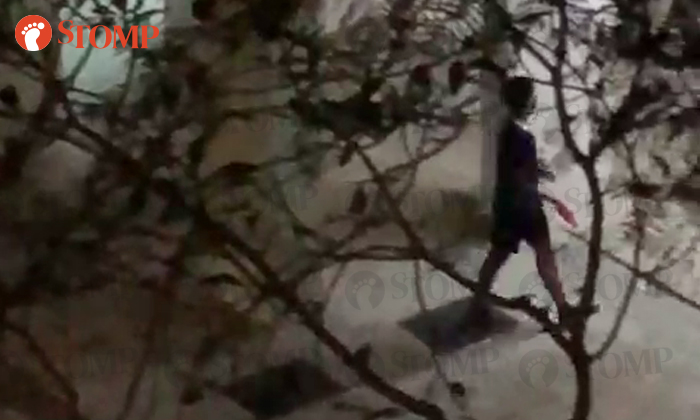 A group of boys have been playing table tennis at a void deck in Woodlands till late in recent months, much to the annoyance of residents who are trying to catch some sleep.

Stomper Jacqueline said a group of four youths would park their motorcycles and play table tennis at Block 656 Woodlands Ring Road a few times every week.

According to her, this has been ongoing since March.

Jacqueline told Stomp: "They create a disturbance, sometimes from 11pm till as late as 4am."

In videos that Jacqueline shared with Stomp, the boys can be heard chatting, laughing and cheering 'Yes!' while playing table tennis.

(Video taken by Jacqueline at around midnight on Oct 3)

The Stomper said: "I called the police on a few occasions but to no avail. The youths would stop playing when police come, then start again till 3-4am.

"I have also called and emailed Sembawang Town Council to suggest that they relocate the table tennis table, which my bedroom at Block 659 is facing, but nothing has been done.

"The table should be relocated to near the road or to Block 658, which is nearer to Woodlands Secondary School, so that the noise will not create such an obvious disturbance to residents."

Jacqueline also shared with Stomp emails that she received from Sembawang Town Council on April 3 and April 12 in response to her feedback.

In the emails, the town council said it was in the midst of discussion with the Residents' Committee about relocating the table tennis table.

It also told Jacqueline that it had forwarded her feedback to the Neighbourhood Police Centre (NPC) for their attention as "noise nuisance after 10.30pm is under their purview".