Teen paid $350,000 to scammers who duped his parents into thinking he was kidnapped, man arrested 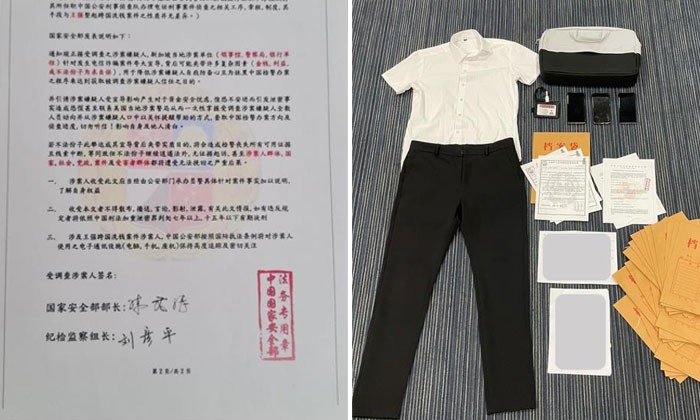 An 18-year-old boy was duped into transferring more than $350,000 to scammers before recording a video of himself with his hands placed behind his back to send to the scammers.

In a statement on Monday (Nov 22), the Singapore Police Force (SPF) police said the scammers, who pretended to be police officers from China, then used the video to threaten the victim's parents, claiming he had been kidnapped.

They demanded a ransom to be paid for his release.

SPF said a 24-year-old man was arrested last week for his suspected involvement in the case. They added that he is a victim of a China Officials impersonation scam as well.

A police report was made on Nov 17 after the victim's parents, who are based in China, received a video of the victim and ransom demands from an unknown person in China.

"Officers from Clementi Police Division, Criminal Investigation Department, Police Intelligence Department and Commercial Affairs Department conducted extensive searches and investigations to locate the victim, who was eventually found to be safe and sound at a rented unit on Nov 18," said SPF.

Preliminary investigations revealed that the victim had received an unsolicited call from a scammer who claimed to be an officer from the Ministry of Health (MOH) in Singapore about a month ago.

The call was then redirected to two other scammers claiming to be police officers from China, said SPF.

The scammers alleged that the victim's particulars were used to open a bank account involved in money laundering activities in China.

The victim was told not to reveal the so-called investigations to anyone.

The scammers then deceived the victim into transferring more than $350,000 as bail money to bank accounts provided by them.

Acting on their instructions, the victim also recorded a video of himself with his hands placed behind his back. He was told this was to assist in investigations.

The scammers sent this video to the victim's parents in China and demanded a ransom to be paid for his release, without the victim's knowledge.

SPF said acting on the scammers' instructions, the 24-year-old man handed over an envelope with $100 in cash and a mobile phone with a SIM card to the victim.

The man also showed the victim a fake pass when they met. 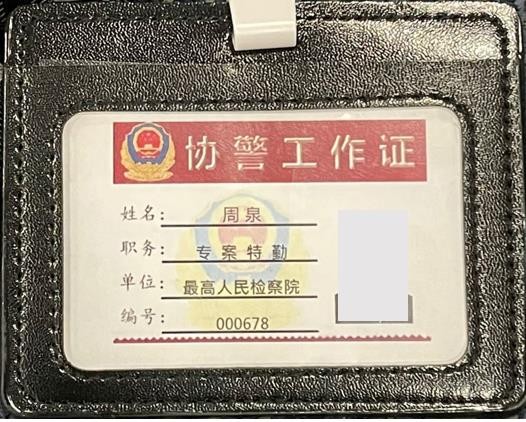 The man also showed the victim a fake pass when they met. PHOTO: SINGAPORE POLICE FORCE

If found guilty of using a forged document as a genuine one, he could be jailed up to four years and hit with a fine.

Those found guilty of the offence of cheating may be jailed for up to 10 years.

Anyone who is convicted of the offence of money laundering under the Corruption, Drug Trafficking and Other Serious Crimes (Confiscation of Benefits) Act may be jailed for up to 10 years, fined up to $500,000, or both.

In their statement, SPF said they take a serious view against any person who may be involved in scams, whether knowingly or unwittingly.

The public is advised to take the following precautions when they receive unsolicited calls from unknown parties, especially those with the "+" prefix which originate from overseas:

• Ignore such calls and the caller's instructions. No government agency will instruct payment through an undocumented media like a telephone call or other social messaging platforms, or ask for personal banking information such as Internet banking passwords.

• For foreign residents receiving calls from people claiming to be police officers or government officials from their home country, SPF advises them to contact their embassy or high commission to verify the claims of the caller.

• Do not make any fund transfers if the caller is of dubious identity.

• Call a trusted friend or talk to a relative before taking any action.

• If in doubt, hang up the call and check with the police.

Members of the public with any information related to such crime can call the police hotline at 1800-255 0000, or dial 999 for urgent police assistance.

Related Stories
Woman not fooled by scammer claiming to be from 'CID': 'This is Chinese name but you sound Indian'
Woman, 20, arrested for cheating after soliciting donations for non-existent stray cat
Woman received almost $31,000 in payouts through bogus baggage delay claims
More About:
scam
police
China