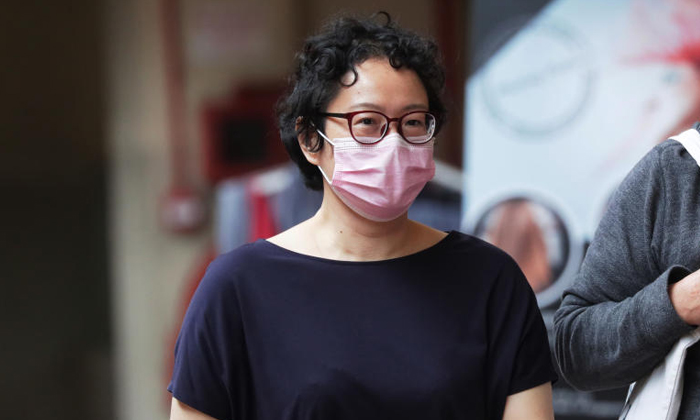 Wendy Tan Phaik Sim, 46, who had also posed as her husband and daughter to commit the offences, was sentenced to 14 months' jail after pleading guilty on Wednesday (Nov 17) to five counts of cheating.

The court heard that the Singaporean had taken a trip to South Korea in November 2017 and received a letter from Cathay Pacific Airways over her delayed baggage.

As part of her ruse, the following year, she bought travel insurance before entering her own name and those of her husband and/or daughter in the "insured person particulars" field in the certificate of insurance. The pair were not aware of Tan's scam, the court heard.

Deputy Public Prosecutor Phoebe Tan said: "The accused... used software to convert both the itinerary (of her earlier South Korean trip) and delay confirmation letter from their original PDF format to Microsoft Word. This allowed her to amend the text of these documents."

After that, Tan completed the relevant travel claim forms and submitted the falsified documents to support her claims to the insurance companies.

DPP Tan added: "Afraid that suspicions may be raised if she submitted travel insurance claims only in her name and corresponded with the insurance companies with her personal e-mail account, the accused would also submit fraudulent baggage delay claims with her husband's and daughter's details."

Tan created Gmail accounts under her family members' names without their knowledge and used them to correspond with the insurance firms.

She later received payouts totalling nearly $31,000 from the companies.

The scam was discovered after a representative of Sompo Insurance found a baggage delay claim purportedly filed by Tan's husband. The representative checked the company's internal records to see if the husband had filed similar claims.

The representative also contacted airline companies and other insurance firms to check if such a person had made baggage delay claims.

DPP Tan told the court: "Upon further checks, the representative realised that at least 12 travel insurance claims had been filed under the accused's and the accused's husband's names... The airline companies confirmed that they did not send the baggage delay letters."

Realising that a fraudulent baggage delay claim had been filed with Sompo Insurance, the representative made a police report on Dec 19, 2018.

Tan has since made full restitution to the insurance companies.