Woman not fooled by scammer claiming to be from 'CID': 'This is Chinese name but you sound Indian' 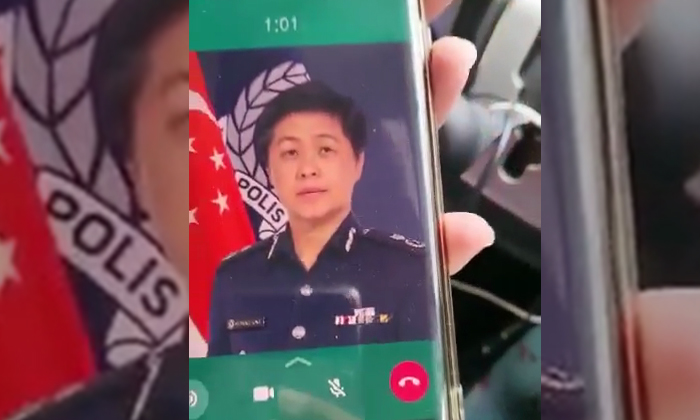 There are many tell-tale signs for spotting a scam call – such as if the scammer cannot even identify himself properly or spell his own name.

A video of a woman's conversation with a police impersonator was posted by Facebook page Beh Chia Lor - Singapore Road on Wednesday (Nov 17).

The call starts off with the scammer asking the woman what sort of bank card she was using.

When pressed on where he was calling from, the scammer claimed to be from "CID Department of Singapore, Criminal Investigation of Singapore, sister."

The scammer also offered to send her a photo of his "Singaporean police ID photo" and said, "No need to worry, sister."

Despite the woman repeatedly asking for the caller's name, he was unable to answer properly and continued offering to send her the photo so that she could "see everything".

He also told her not to hang up as "this call is too much important".

The woman then asked for the caller's name again and told him to spell it – something that he appeared to struggle with. Instead, he offered to send her his ID photo again.

The woman proceeded to call out the scammer by saying, "Because this is a Chinese name, but you sound Indian. And you sound overseas."

However, the scammer claimed to be an "English officer" and told her that he would stop her banking services if she did not provide her details.

To this, the woman responded with, "Ok go ahead. Thank you very much! Ok bye bye bye!"