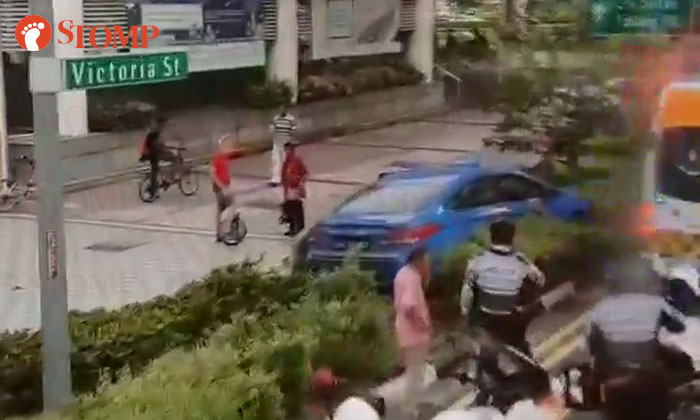 A taxi mounted a pavement after an accident near the junction of Victoria Street and Rochor Road on Thursday morning (Nov 1).

Stomper Yin Khay alerted Stomp to the incident and shared a video she took while she was on her way to work at about 7am.

"I was on bus service 12 on my way to work when I saw this accident," she said.

"It was just outside Bugis MRT Station, the same location where a Ferrari crashed a few years ago."

In the video, Yin Khay shared, the taxi had ended up amidst shrubs along the roadside. Traffic Police officers and an ambulance were at the scene.

In response to Stomp's media queries, a police spokesman said that they were alerted to the accident at about 6.25am.

Stomp understands that the cabby was making a right turn when he lost control of his taxi while trying to avoid another vehicle.