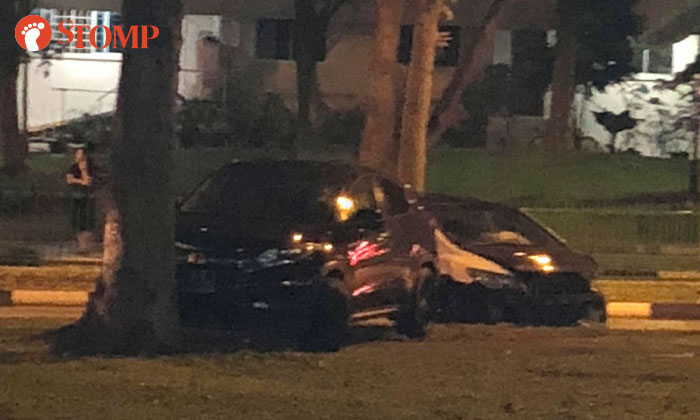 A 26-year-old man was arrested for suspected drink-driving he was involved in an accident with another motorist along Hougang Avenue 8 on Wednesday morning (Oct 31).

Stompers Catherine and Lau Lup alerted Stomp to the incident and shared photos from the scene.

Catherine was passing by the road where the accident took place before 6am.

"Both drivers appeared to be quite young, in their 20s," she told Stomp.

In a photo she contributed, one of the cars appears to have hit a tree by the side of the road while the other car is stationary behind it.

Lau Lup was passing by Hougang Avenue 8 later at about on his way to work when he saw one of the cars still at the scene. 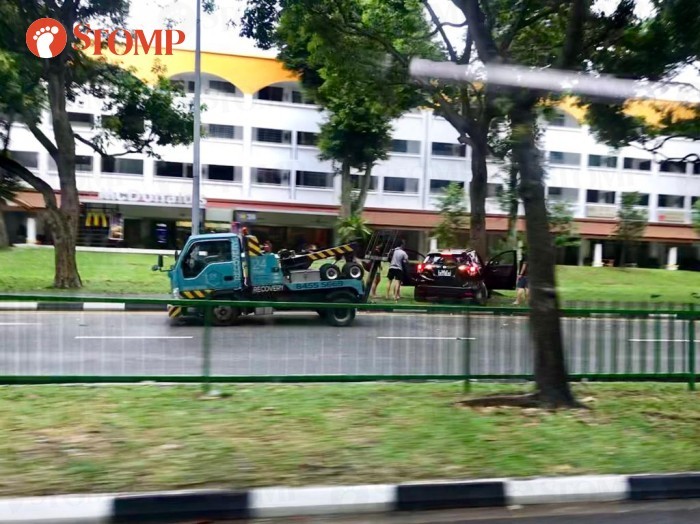 A tow truck had arrived at that time as well.

In response to a Stomp media query, a police spokesman said they were alerted to the accident involving two cars at about 6.03am.

"A 26-year-old man was arrested for suspected drink-driving," the spokesman said.