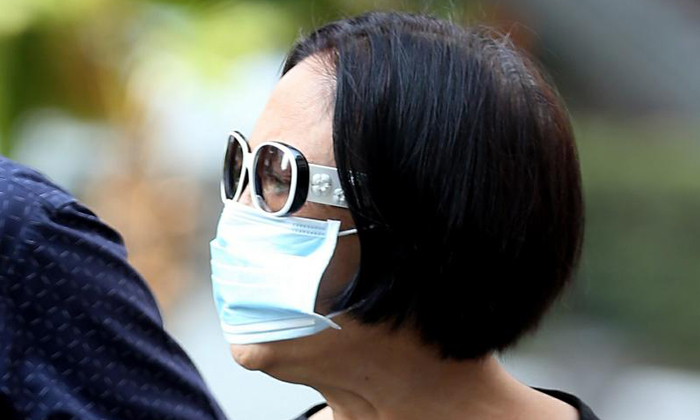 A woman was given a two-year mandatory treatment order (MTO) in June 2017 for such acts as placing raw pork outside the home of a Malay-Muslim neighbour.

Lee, 65, who has delusional disorder, pleaded guilty in court on Wednesday (Nov 6) to two counts of wounding the religious feelings of Madam Marliah, 63.

Offenders given an MTO have to undergo treatment for their mental condition in lieu of jail time.

The court heard that Lee lives in an eighth-floor flat in Tampines that is directly above the home of Madam Marliah.

In 2016, she threw raw pork at the front door of Madam Marliah's flat, among other acts.

On April 24 this year, Madam Marliah was cleaning her home with her daughter when Lee became unhappy with the vacuuming noise.

Deputy Public Prosecutor Vincent Ong said: "The accused shouted the words, 'anak babi' in Malay, which means 'baby pig' in English, within the hearing of the victim.

"The accused had... the deliberate intention of wounding the religious feelings of the victim."

Madam Marliah informed the police around 6.30pm that day.

On June 11 at 11am, she was cleaning her home when she heard Lee shouting insults directed at her.

DPP Ong urged District Judge Brenda Tan to call for a report to assess Lee's suitability for another MTO, adding that there were "some contributory links" between Lee's delusional disorder and the offences.

He added that she will be moving to another flat soon.

Judge Tan has called for an MTO suitability report and Lee will be sentenced on Dec 12.

Matters pertaining to the breach of her earlier MTO are still pending.

Offenders convicted of wounding another person's religious feelings can be jailed for up to three years and fined for each charge.