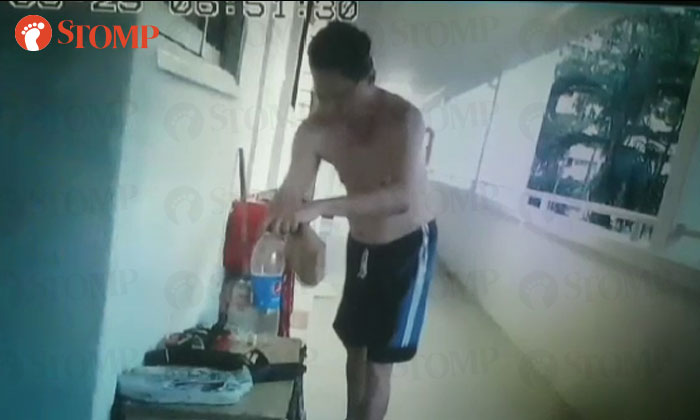 Stomper Mimi was puzzled when he repeatedly found rubbish placed outside his flat at Block 702 West Coast Road.

He asked his family about it but they were clueless too.

After a month of finding items discarded in front of his home, he decided to place a camera outside his door.

On May 29 at about 6.51am, he caught his neighbour picking up bottles and other pieces of rubbish before placing them on his shoe rack.

"My niece had confronted this neighbour last year over a similar incident but he denied everything.

"In our family's 25 years of living here, this is the first time we've encountered a neighbour like this."

He added that on one occasion he found pills scattered outside his door as well. 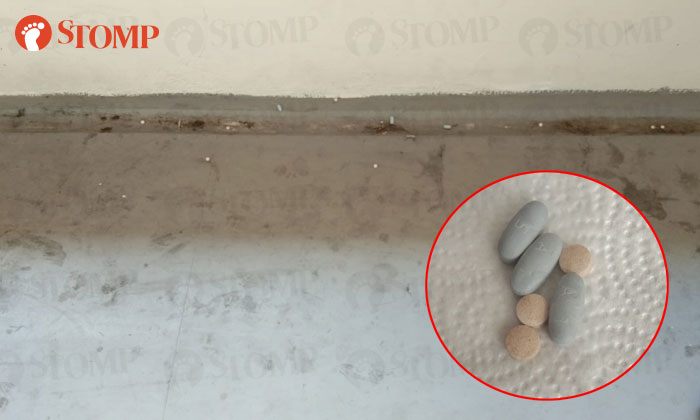 "It's concerning because I have a young nephew at home," he said.

"What if he picked it up and put it in his mouth?"

Mimi told Stomp that he does not see the point of talking to his neighbour as he thinks he will deny accountability again.

He said he will report the matter to the town council once he's "collected more evidence".