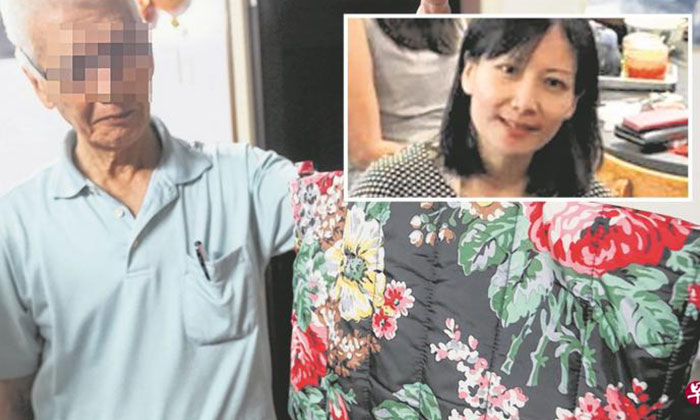 The father of a woman fatally stabbed by a jaded ex-lover who then jumped to his death from her 10th-floor flat, insisted that his daughter did not have affairs with married men.

Ms Tan’s body sported many stab wounds, including three fatal injuries on her chest, a 6cm-long laceration on her arm, and another stab wound on her abdomen.

The injuries inflicted on Ms Tan was so severe, that her bones and small intestine were exposed.

In addition to the knife wounds, Ms Tan also bore bruises, suggesting that she had been bound by cable ties, which were recovered at the foot of the block along with Mr Chng’s body.

The court heard that the two had started having an affair back in 2013.

However, this was later discovered by Mr Chng’s wife, who told her husband to sever all ties with Ms Tan.

Mr Chng’s wife also went and confronted Ms Tan over the affair at the latter’s flat, but she denied the allegations.

According to The Straits Times, after the two ended their affair, Ms Tan, a divorcee with a 16-year-old son, moved on to a new romantic interest — her supervisor at work, who coincidentally, is also married.

Mr Chng persistently called Ms Tan to ask for a meeting, but each time, she would come up with excuses to avoid him.

She finally gave in and the two met at her home.

After killing Ms Tan, Mr Chng sent a text message to his wife.

In the message, he thanked her for staying by his side over 20 years and acknowledged that he had hurt her with his infidelity.

He told her that her suffering would end soon.

After sending the messages, he leapt from the flat and plunged to his death.

Ms Tan’s father, Mr Chen Wei Sheng, 72, told Lianhe Wanbao that his daughter had divorced from her ex-husband 10 years ago.

Ms Tan and her son then moved in with her parents.

On March 2017, her daughter finally got the keys to her new flat, but barely two months later, she was stabbed to death.

Mr Tan said that he was a yong tau foo hawker by trade, and his daughter had been very filial, asking him to retire early, while she supported the family financially.

The elderly man choked as he recalled the moment he received a call telling him that his daughter had died.

Mr Tan said that he felt that he had failed his duties as a father:

“I wasn’t at the scene to shout out her name and left her body lying alone in a pool of blood.

“As a father, I feel ashamed.”

Ms Tan’s son who is now in secondary school is currently staying with his grandparents.

Mr Tan said that his grandson and his daughter slept in the same room every night, and the boy still misses his mother.

He also vehemently denied that his daughter had affairs with married men, and pointed out that it had all been wishful thinking on Mr Chng’s part.

Mr Tan revealed that his daughter had switched jobs three times just to avoid Mr Chng, and made up lies about her being attached so he would back off.

She even chose to work in the isolated ‘Tuas’ so she can avoid him, said Mr Tan.

Mr Tan insisted that his daughter had never spoken about Mr Chng, or he would have warned her about him.

He said that based on his understanding, Mr Chng had visited his daughter after finding out that she would be going to Pakistan.

Although Ms Tan told him that she was not free, Mr Chng still showed up at her door.

He then brutalised and killed her.

Despite the attacks, Mr Tan said his daughter’s will to live was strong and cited that she had used her arms to block the stabs, thus explaining the injuries on her arm.

He added that the flat had been bought by his daughter using her own money, and she had not gotten an ounce of benefit from Mr Chng.

Hence, he does not believe that his daughter had been in an affair with Mr Chng.

“She is innocent. If anyone says she is his mistress, that is slander.”