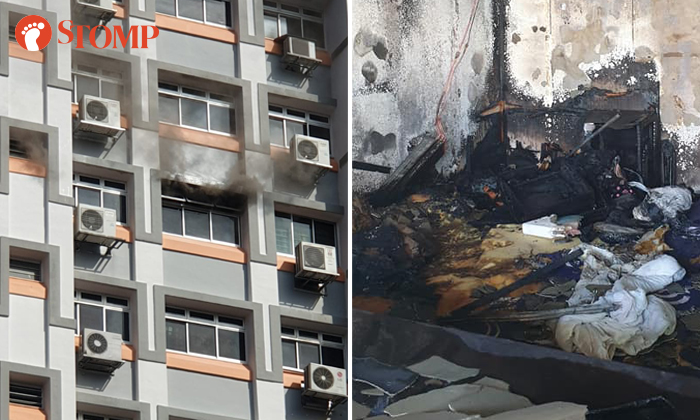 A fire broke out in the bedroom of a flat at Block 395 Tampines Avenue 7 on Saturday (July 3).

The Singapore Civil Defence Force (SCDF) was alerted to the incident at around 9.40am, it said in a Facebook post.

They rescued an occupant through the window of the affected unit and extinguished the fire with one water jet.

The occupant was assessed by a paramedic and subsequently refused conveyance to the hospital.

About 40 residents from the ninth to 12th floors of the affected block were evacuated by the police as a precautionary measure.

"A resident from the 11th floor fell during evacuation and was conveyed to Sengkang General Hospital," SCDF added.

Stomper JL shared photos and videos showing dark smoke billowing from the affected unit at around 9.50am.

Police and SCDF vehicles can also be spotted at the scene.