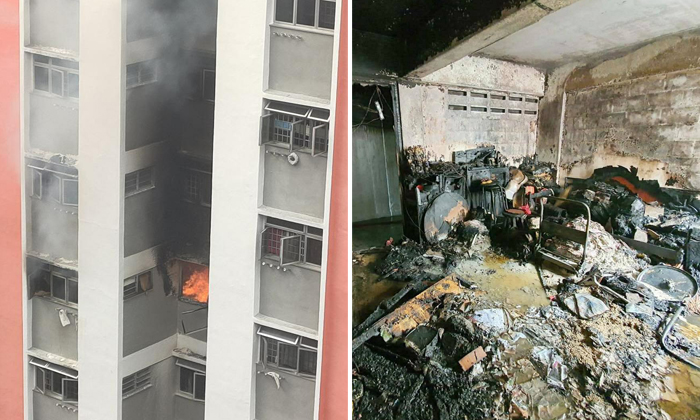 Seven residents were taken to hospital after a fire broke out at Block 123 Ang Mo Kio Avenue 6 on Wednesday morning (June 16).

The Singapore Civil Defence (SCDF) said it was alerted to the blaze in a seventh-floor unit at around 9.40am.

Upon SCDF's arrival, firefighters wearing breathing apparatus sets proceeded to the unit "where the fire was raging", it said in a Facebook post.

An occupant from the burning unit was seen at the seventh-floor staircase landing and was safely evacuated by SCDF firefighters.

The fire which involved the contents of the unit was extinguished with a water jet and two compressed air foam backpacks.

About 130 residents from the fifth to ninth floor of the affected block were evacuated by the police and SCDF as a precautionary measure.

Staff and residents from AWWA Community Home for Senior Citizens, a nursing home located on the second to fourth floor of the block, had self-evacuated prior to SCDF’s arrival.