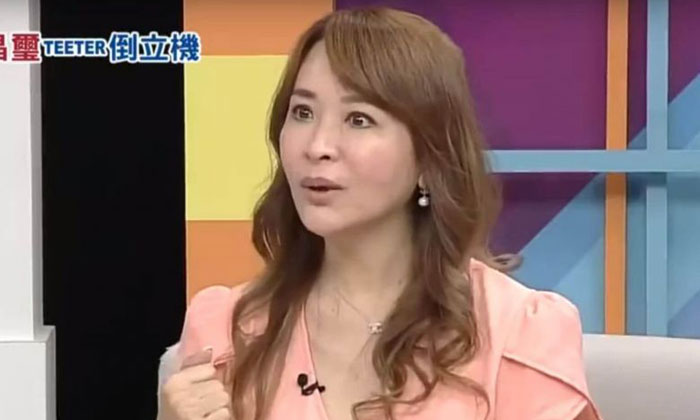 He was 14 years older than her but Taiwanese actress Jiang Ping had no qualms marrying the scriptwriter, despite a short period of courtship.

"I found his character acceptable," she said on a Taiwanese talk show on Sept 11.

She was talking about her marriage, and events leading to a divorce that occurred some 20 years ago.

Tracing the split-up, she said when his affections for her cooled seven years after they married, she consulted a fortune teller who said he was cheating on her.

When she asked her husband, he made a cryptic remark that her mother was involved.

Hoping to clear up matters, she called her mother, saying: "I don't know how to say this but I just heard from my husband that you two are together?"

Before she could go further, the connection was cut off.

Because her mum did not live far away, Jiang immediately went to her home.

"She opened the door slightly but when she saw me, she slammed it shut."

But her father opened the door, asking Jiang: "Why didn't your mum let you in?"

Jiang, who knew then that her mum had something to hide, told him: "It's okay, I have something else to do, I've to go."

He said: "If I didn't do it, your mother would have gone away with someone else."

When the show's host asked Jiang how the affair started, she said: "At that time, my mother was suffering from pain and had gone for massages. My husband said he also knew how to do it, and began to help out, and they ended up having sex."

Pressed further by the host over his betrayal, Jiang said: "He is much older than me but the age difference between him and my mother is only seven years, so they could communicate easily."

Hoping to salvage her family, Jiang and her husband moved to another house but their relationship did not improve. She said he also badgered her to give him more money.

"I was fed up and I thought of divorcing him," she said. But he refused, with Jiang saying: "Who would want to do so, if there is someone around to provide for you?"

He threatened her that he would keep their child if they separated.

But eventually, for the sake of her mental health and the need to start afresh, she agreed to his terms.

"I have nothing to hide, and it was not my fault," Jiang said, tears welling in her eyes after she was asked if her revelations would affect her family members.