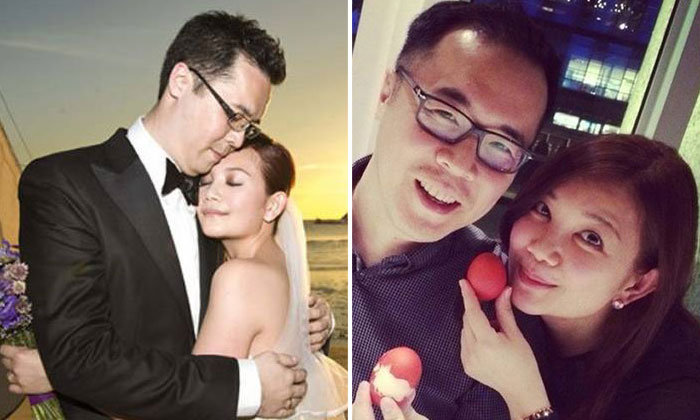 Malaysian singer Fish Leong said on Sunday (Sept 8) that she has divorced her husband of nine years, Taiwanese businessman Tony Chao, confirming rumours of their break-up for the first time.

At a press conference in Taipei to promote her new album, Leong said: "Thanks everyone for your concern all this while. As for the question on everyone's mind, I have signed the divorce papers with Mr Chao, but there are some procedures which have yet to be completed."

Leong added that they had separated before August, but will have shared custody of their child. The couple have a five-year-old son, Anderson.

The singer declined to comment on rumours that the divorce was due to Mr Chao's alleged affair.

Leong, 41, and Mr Chao, 44, were in the Maldives earlier this year to celebrate their ninth wedding anniversary, but reports that they had divorced surfaced last month. Word has it that Leong was upset over Mr Chao's fling with a female Internet celebrity, though there were reports that she had forgiven him.

The singer had previously kept mum about the divorce rumours, while Mr Chao denied them and said it was normal for married couples to bicker.

Leong's good friend, Taiwanese singer Christine Fan, added intrigue to the rumours when she said through her manager that she knew about their marital woes two years ago and that both Leong and Mr Chao are now only friends.

Fan was then slammed by fans for confirming her friend's divorce on her behalf.

Sunday's press conference marked the first time that Leong had met the media since the rumours of her divorce.

At the session to promote her latest album, The Sun Also Rises, she interacted warmly with fans but turned emotional and cried when she sang the song, Slow To Cool Down. She calmed herself down and finished singing the song before returning backstage.