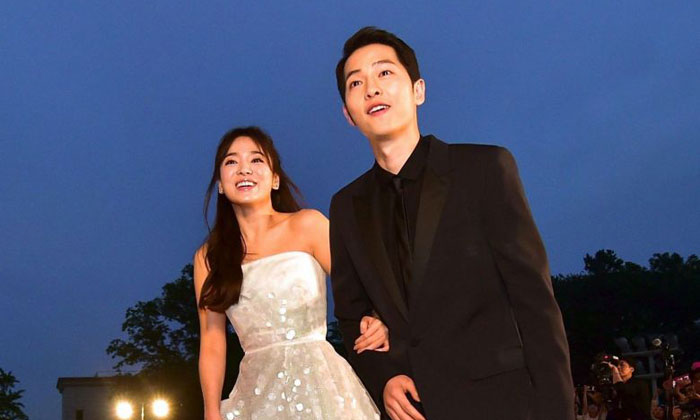 A couple can understandably go separate ways for various reasons but South Korean netizens cannot accept that family members are kept in the dark.

Which is why Song Joong-ki, who announced his divorce from Song Hye-kyo on June 27, is getting flak after news surfaced that his father is so distraught over the break-up that he has refused to step out of his house.

Worse, netizens fume, the father is said to have heard the news via media reports, and not from Joong-ki himself.

According to the allkpop portal, the father would not even answer phone calls from friends.

Media reports said the father had backed the marriage despite having some reservations initially over the couple's age gap.

Joong-ki had earlier been slammed by some netizens over springing the surprise divorce announcement while Hye-kyo was away, doing a photo-shoot in Thailand.

But some fans have jumped to his defence, speculating that he was forced to reveal the split-up because of an imminent risk of the news being leaked to the media, and could not alert his dad in advance.

Others think that the actor shied away from informing family members because divorce is not a trivial matter for the older generation in relatively still-conservative South Korea.

Hye-kyo has yet to issue a personal statement on the divorce, fuelling further speculation that the sudden turn of events has also caught her off-guard.

Her team did release a statement, pinning the divorce only on differences in personality.

Meanwhile, the producers of fantasy drama Arthdal Chronicles, which stars Joong-ki and is currently airing in South Korea, could also be feeling upset over the unwanted distractions.

The big-budget show, which has already been hobbled by mixed reviews and so-so ratings, may take a further knock from viewers, angry over Joong-ki's marital situation, boycotting the show.