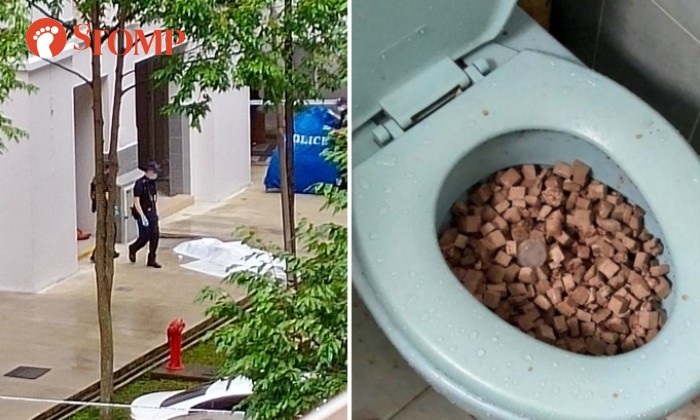 A suspected drug trafficker fell to his death in a bid to escape getting caught by Central Narcotics Bureau (CNB) officers during a drug raid at Bukit Batok Street 31 on Monday (Sep 21).

The occupants of the flat that the 63-year-old man was in had refused to allow CNB officers in despite the officers repeatedly identifying themselves.

The officers had to enter the unit by force but before they could gain entry, the man climbed out of the kitchen window and fell from height to the ground.

Stomper Anonymous shared photos showing a police tent and officers at the scene. 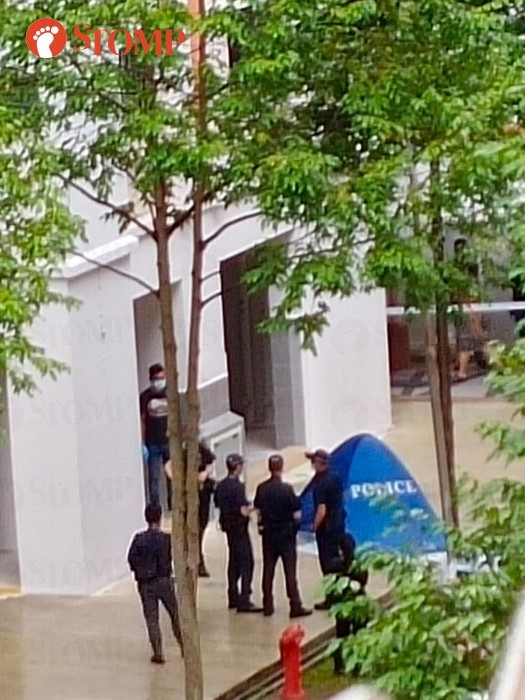 The man was pronounced dead by Singapore Civil Defence Force (SCDF) personnel at the scene.

"A 65-year-old Singaporean man and a 33-year-old female foreign national were arrested in the unit," said CNB in a statement.

"A total of about 4,790g of heroin, about 1,124g of ‘Ice’, three packets containing about 13g of New Psychoactive Substances (NPS), and 20 Erimin-5 tablets were recovered from the toilet bowl and various locations in the unit.

"Cash amounting to $174,000, along with various drug paraphernalia, were also recovered from the unit."

This drug raid in Bukit Batok was a follow-up operation.

Prior to this bust, CNB officers intercepted a vehicle near Sunset Way, and arrested two Singaporeans, a 44-year-old man and a 37-year-old woman.

Ten packets containing about 80g of heroin were recovered in the vehicle.

CNB said in a statement that prior to the arrest, the 44-year-old man met with the 63-year-old man who died while trying to escape from the Bukit Batok flat.

Two Singaporean men, aged 62 and 64, were arrested in this operation.

After this string of drug busts, six suspected drug offenders, comprising four men and two women aged between 33 and 65, were arrested.

Cash amounting to $174,000 was also recovered during the operation.