2 arrested, $640k worth of drugs seized and over $8k recovered during CNB operation 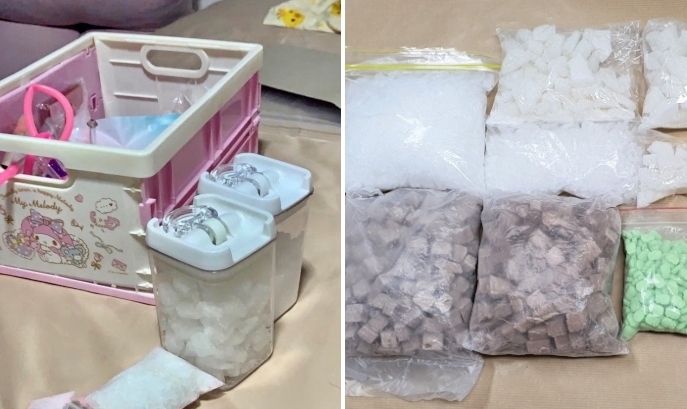 Two Singaporeans, a 30-year-old man and a 28-year-old woman, have been arrested for suspected drug activities during a drug bust by Central Narcotics Bureau (CNB) officers on Tuesday afternoon (Sep 8).

The bust also saw drugs worth about $640,000 seized and cash amounting to $8,680 recovered at a residential estate in the vicinity of Boon Lay Drive.

In a statement on Wednesday (Sep 9), the CNB said that the male suspect was brought to his residence in the same residential estate, where the 28-year-old female was also arrested therein. 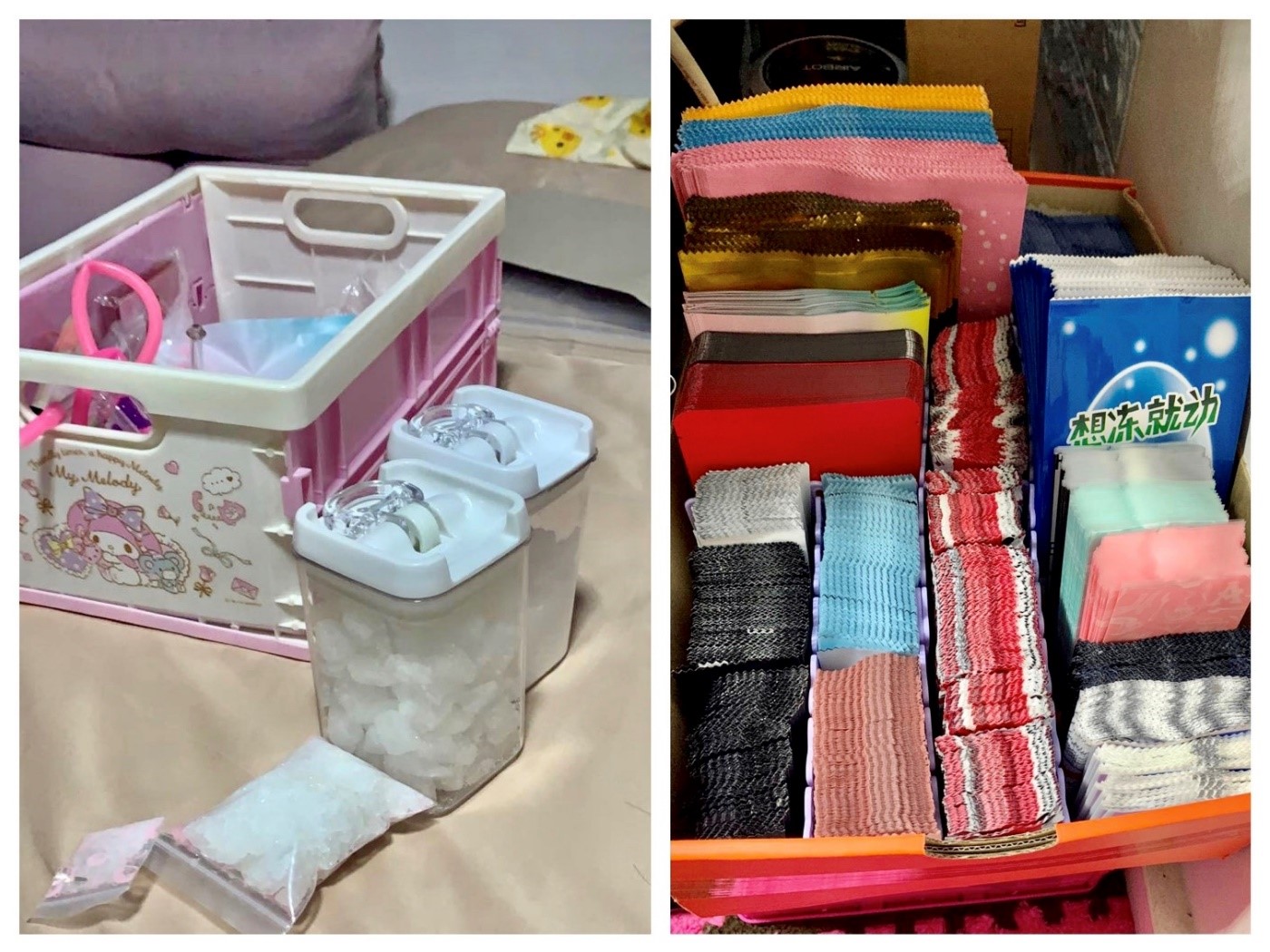 Two bottles of ‘Ice’, along with packaging materials, were seized from a residential unit in the vicinity of Boon Lay Drive. Photo: CNB

"Packaging materials were also found in the unit, along with cash amounting to $8,680.

"During a subsequent search by CNB officers of the male suspect’s vehicle, three bundles containing about 1,500g of heroin were also recovered. 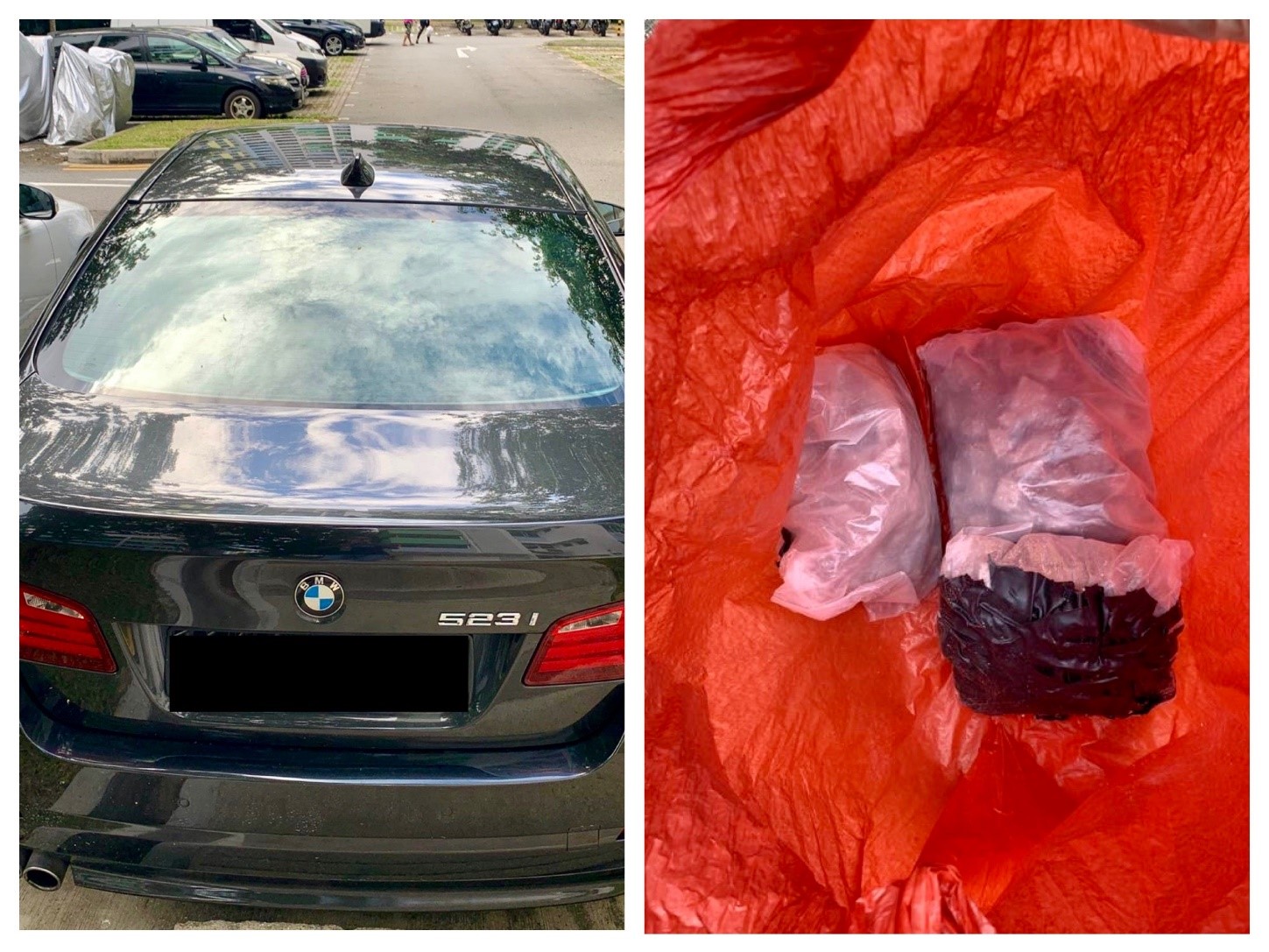 Three bundles containing about 1,500g of heroin seized from a 30-year-old male’s vehicle in the vicinity of Boon Lay Drive. Photo: CNB

"Investigations into the drug activities of all the suspects are ongoing. 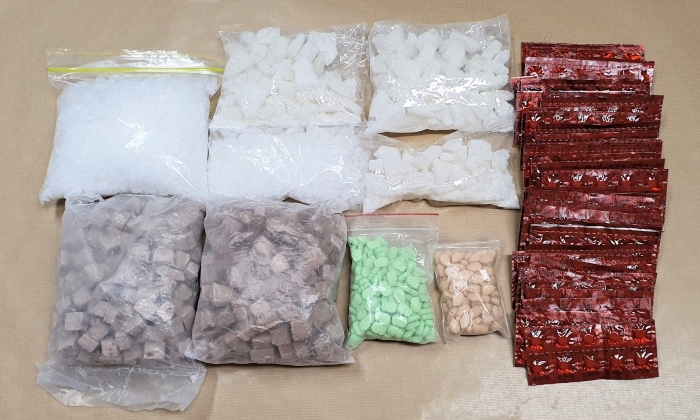