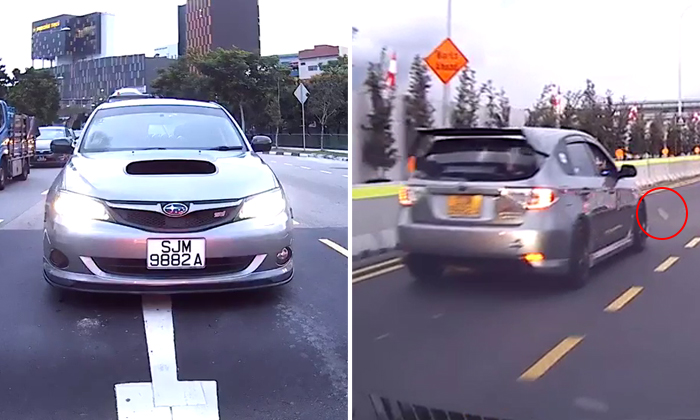 A Subaru driver was seen smoking and then throwing the cigarette butt out of his car while travelling along Hougang Avenue 3 on May 29.

Stomper YN witnessed the incident at around 6.56pm and submitted two videos to Stomp.

One video shows the Subaru driver smoking with his window rolled down.

In the second video, the Subaru driver can be seen throwing the cigarette butt out of his car and onto the road.

Stomper YN said: "This driver (SJM9882A) flicked his cigarette out of his car window like a boss in broad daylight.

"If the cigarette had landed on other cars, it would have caused a burn mark.

"Not only did the driver disregard the risk of damaging other cars, he also committed the act of littering. It's very selfish behaviour."

The Stomper hopes that sharing this incident would be a "clear message" for road users to behave more responsibly.