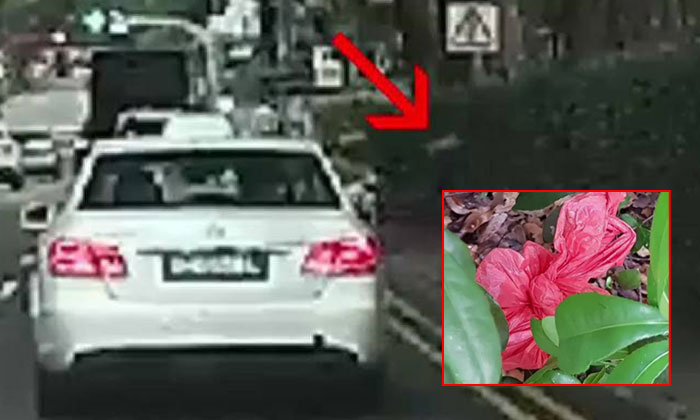 A Mercedes-Benz taxi driver, who was caught on video throwing a bag of rubbish out of his window while travelling along Penang Road on May 17, is assisting the National Environment Agency (NEA) with its investigation.

The NEA alerted Stomp to its statement posted on Facebook on Tuesday night (May 28) which said it was aware of the video circulating online.

"As of 28 May, we have established the identity of the taxi driver and he is currently assisting us in the investigation," the statement said.

"NEA would like to thank the feedback provider for highlighting the incident."

Stomp previously reported on the video that was posted on ROADS.sg's Facebook page and contributed by a netizen named, Ms Leong.

Ms Leong said the cabby should be fined for "blatantly" throwing the bag of rubbish into a bush.

She later walked over to the discarded bag and took a photo before picking it up and putting it in a bin.

NEA added in its statement: "A clean Singapore reflects our collective civic and social values and we would like to encourage more of such public-spirited actions to keep our home clean.

"Feedback can also be channelled to NEA through our Online Feedback Form or myENV mobile application."