Stompers film e-scooters on the road: One overtakes bus along Henderson Road 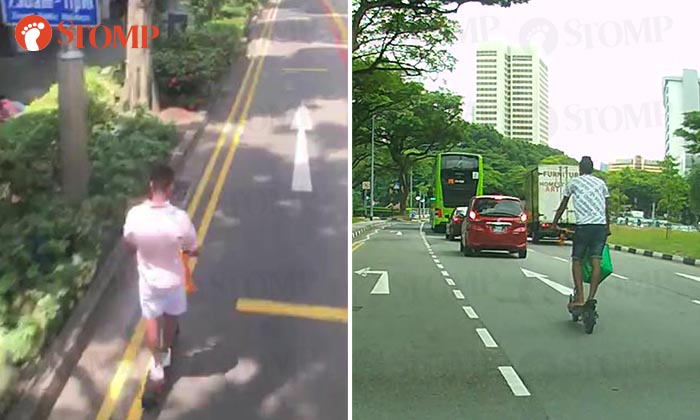 Stompers JT and John shared videos with Stomp of what they saw.

JT was driving to work along Henderson Road on Monday (July 22) at about 10am when he saw a PMD rider zooming on the road with his e-scooter.

He told Stomp that he was driving from Telok Blangah Heights and was going towards Depot Road when he noticed the PMD rider.

In the video, the PMD rider appears from the right and zooms past JT as the latter turns left.

The PMD rider goes past a bus and overtakes it. He is also carrying a green bag and continues riding in front of JT's vehicle on the road.

JT said: "The PMD rider was on the road without a helmet. He even overtook a bus and was driving in front of so many vehicles.

"It's dangerous to others and to himself."

Separately, Stomper John saw a PMD rider along Orchard Road on Monday at about 1.50pm. 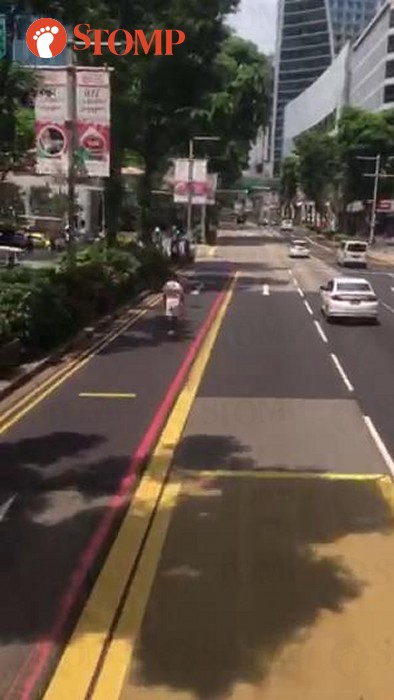 In the video, the man can be seen riding towards the direction of Orchard Gateway as he passes a COURTS store on his left.

John said: "I noticed the PMD riding on the road when the bus driver suddenly hit the brakes.

"I thought the rider was being really unsafe."

The Land Transport Authority (LTA) previously seized nine Personal Mobility Devices (PMD) and detected a total of 19 offences in their efforts to #CatchTheNaughtOnes,

Members of the public may refer to LTA's website for more information on the Active Mobility Act.