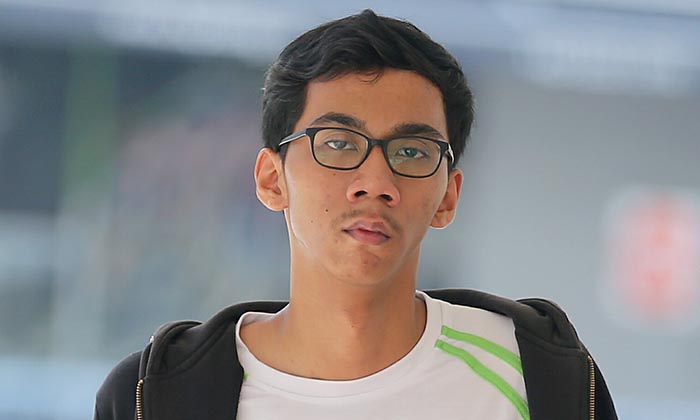 A student riding his e-scooter hit a three-year-old girl, who fell and hit her head when he failed to slow down near a bus stop where there were many people.

Muhammad Lutfi Dzakir Abdul Rahman, 18, pleaded guilty on Monday (July 22) to causing hurt to the toddler while riding his e-scooter in a rash manner.

The girl cannot be named because of her age.

On Aug 10, 2017, she was at Eastpoint Mall in Simei Street 6 with her older brother and their domestic helper.

They left the shopping centre at around 1pm and the two children ran towards the bus stop.

Lutfi was riding his e-scooter towards the bus stop at around the same time, the court heard.

Deputy Public Prosecutor Colin Ng told District Judge May Mesenas: "The accused failed to slow down despite noticing that there was a crowd of pedestrians and commuters present waiting for the bus.

"The accused... proceeded to ride his e-scooter at a speed of about 17 (to) 19kmh... a speed which was unsafe in the circumstances."

Lutfi was approaching the end of the bus stop when the toddler stepped in front of him.

He tried to stop his e-scooter but it hit the little girl, who fell to the ground.

He went forward to help her and gave his particulars to the children's domestic helper.

The girl was taken to Changi General Hospital (CGH) where she was found to have a mild abrasion on her right knee and a minor head injury.

Lutfi also went to CGH to meet the children's mother and offered to pay for the little girl's medical expenses.

The court heard that the girl was discharged later that day and the mother made a police report at around 6pm.

Judge Mesenas called for a report to assess Lutfi's suitability for a probation and he was offered bail of $5,000.

The accused is expected to be sentenced on Aug 19.

For hurting the toddler by riding his e-scooter in a rash manner, he can be jailed for up to a year and fined up to $5,000.