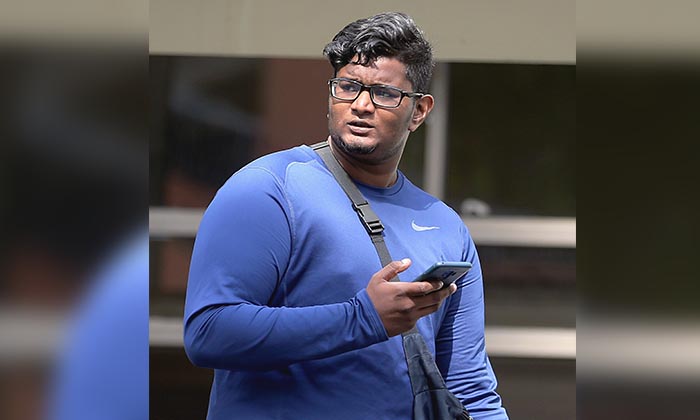 A GrabFood delivery rider left an elderly man with a brain injury after piling into him on his e-scooter.

Jegatheswaran Kalaiselvan was zipping along a walkway near Block 152 Serangoon North Avenue 1 at around noon on Oct 21 last year when he failed to spot 75-year-old Liaw Bok Chai coming down a flight of stairs.

Mr Liaw was later found to have had bleeding in the brain and a fractured cheekbone, although he has since made a full recovery.

Jegatheswaran, 22, was sentenced to a seven-day short detention order yesterday for causing grievous hurt by riding the device in a negligent manner.

Under the order, offenders are put behind bars for a short time, but will not have a criminal record after their release.

Jegatheswaran was also ordered to perform 140 hours of community service within a year.

Deputy Public Prosecutor Chong Yonghui said that Jegatheswaran was unable to stop the e-scooter safely and it collided with the elderly man.

For causing grievous hurt due to negligence, Jegatheswaran could have been jailed for up to two years and fined up to $5,000.