Stomper rides free on Thomson-East Coast Line, learns CPR and dances for TikTok along the way 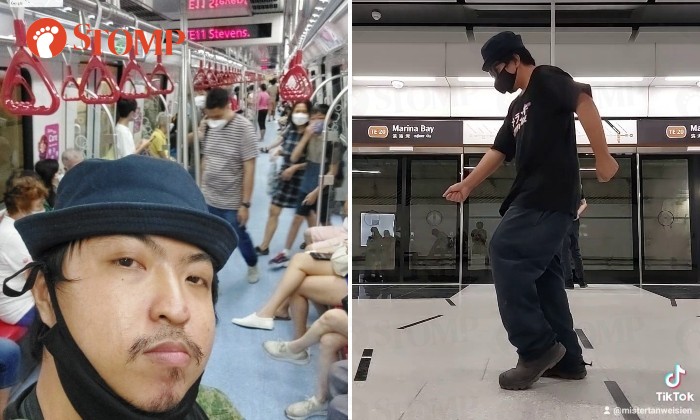 Another two stations under Stage 3 – Mount Pleasant and Marina South – will open only when housing developments around them are ready.

To celebrate the opening, passengers could ride for free two days earlier on Friday (Nov 11). About 500,000 people turned up, said the Land Transport Authority (LTA).

Stomper Wei Sien was one of them.

"I officially and personally visited all 11 of the new stations to familiarise myself with TEL," said the Stomper, who shared photos and videos of his experience.

He was not wearing his mask in the pictures because he said that he had asked LTA and was told you are allowed to remove your mask temporarily on the train when taking photos or videos.

A Toa Payoh resident, Wei Sien took a shuttle bus from Caldecott station, which is near his home, to Stevens station, where he started his train journey with stops along the way. 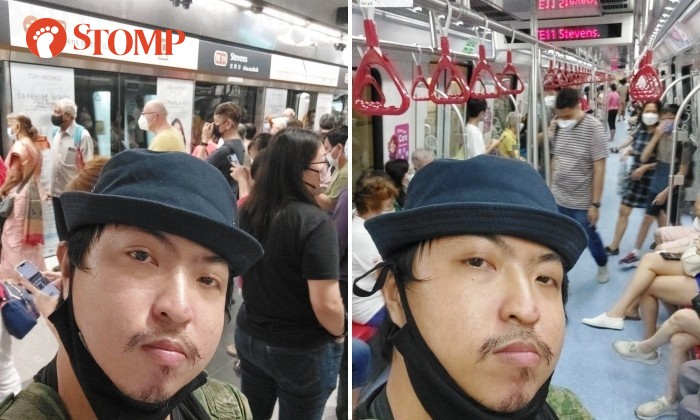 He busted out some moves for TikTok on the train platform at Orchard and Marina Bay stations.

At the Gardens by the Bay station, he queued to take part in a demonstration of cardio-pulmonary resuscitation (CPR) conducted by the Singapore Civil Defence Force (SCDF).

"It was good to learn CPR during emergency preparation," said the Stomper.

"I also saw one of the SCDF officers who is my neighbour." 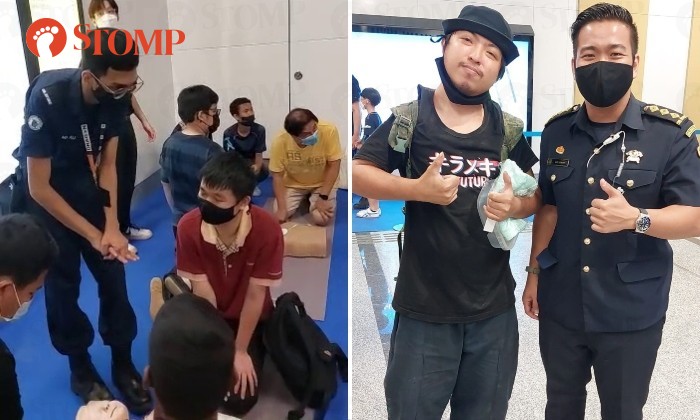 From Gardens by the Bay, he took the train back to Orchard station where he went over to the North-South Line to take the train to Toa Payoh station.

Wei Sien said he was impressed with the new TEL stations. "The architecture and facilities are very nice, look perfectly improved and well done."

Ten more TEL stations, stretching from Founders’ Memorial in Marina East to Sungei Bedok, will open in two stages by 2025.