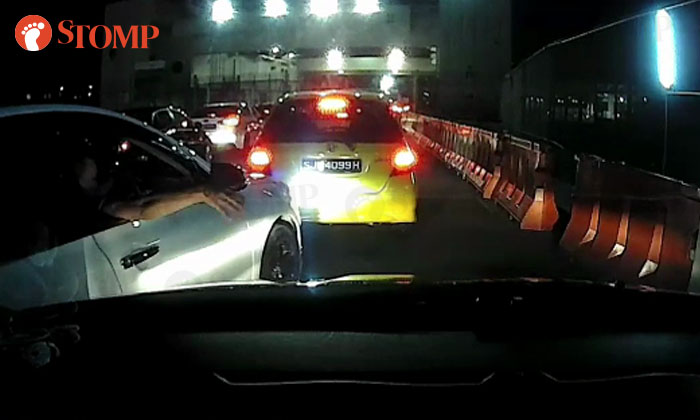 A Stomper and her husband, who was driving, were entering the Woodlands Checkpoint on Aug 10 at about 1am when they ran into a driver who cut into their lane instead of waiting like everybody else.

After failing to cut in front of the yellow car, the driver of the white car then gestured with his hand for the Stomper's husband to give way to him.

She said: "Every car was caught in the jam and none of us like it, but since we want to travel we have to be prepared for this kind of thing.

"This driver wants to cut the queue without signalling. In the video you can clearly see that he is trying to cut in front of the yellow car that was ahead of us.

"We keep following closely and the car in front of him is already moving forward but he doesn't want to move up. He insists on cutting into our lane.