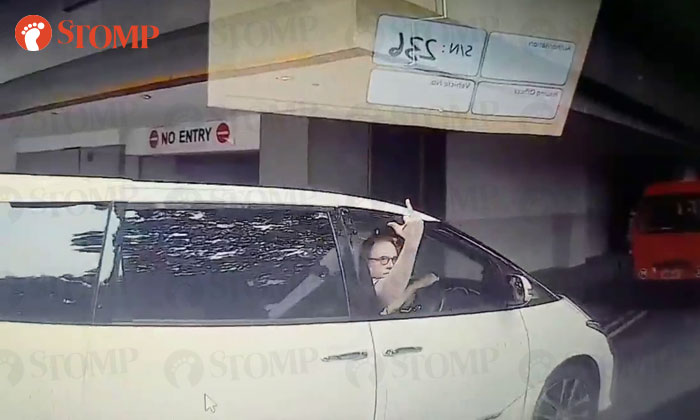 Stomper K was turning into Mandarin Orchard Singapore's carpark entrance from Orchard Link on Saturday (Jun 2) at about 12.15pm when he was given the middle finger by another driver who wanted to cut in front of him.

K told Stomp that he believes the driver got into the wrong lane to get into the hotel's carpark.

"I think he mistook the carpark's exit for the entrance before trying to change to the correct lane," said K.

K told Stomp that he was part of an escort convoy and had to stay behind the car in front of him.

"I couldn't give way to him," said the Stomper.

However, the man flashed the middle finger at K before forcing his way in front of him.

"I just wanted to share this so that other drivers will be more aware of this kind of motorists," said K.

"I encounter them every few days."