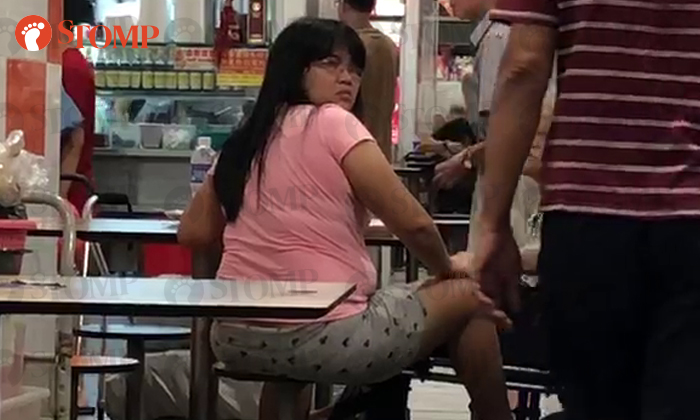 Police are looking into an incident involving a domestic helper who was caught on camera mistreating a wheelchair-bound woman, a spokesman told Stomp on Tuesday (July 2).

Stomper Elizabeth had called the police after witnessing the incident on Saturday evening (June 29) at Geylang Bahru Market and Food Centre.

She lodged a police report on Tuesday afternoon.

A video taken by Elizabeth shows the maid pinching the wheelchair-bound woman's breast and prodding her cheek multiple times. She is also seen pushing a water bottle and shoving her fingers into the latter's mouth.

The elderly woman's granddaughter told Stomp that the maid was sent back immediately after the incident came to light.

Bruises had also been found on the elderly woman.

Elizabeth said: "Thank you, Stomp, for publishing the video and speaking up for the voiceless.

"I had expected critics but it's okay. If needed, I will be a witness to this case.

"I feel at peace knowing that the elderly woman will no longer suffer under this maid. May there be no more pain, suffering and fear for this kind grandma. I hope she gets a loving helper."