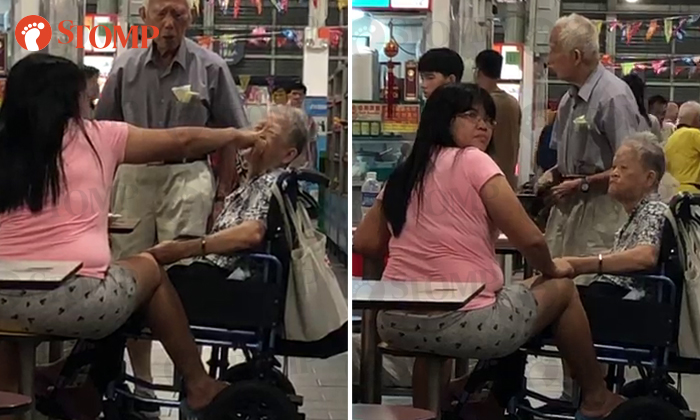 Granddaughter of ah ma mistreated by maid opens up to Stomp: 'She was treated like shit'

A woman was caught on camera mistreating an elderly woman on a wheelchair at Geylang Bahru Market and Food Centre on Saturday evening (June 29).

The two females were accompanied by an elderly man who is believed to be the husband of the wheelchair-bound woman.

Stomper Elizabeth, who was seated a few tables away from the group, witnessed the incident at around 7.15pm and contributed a video to Stomp.

She said: "They were already there when I arrived at the hawker centre with my husband.

"That was when I started recording. You can see the woman pinching the old lady's breast.

The video starts off with the bespectacled woman repeatedly prodding the old lady's cheek.

She is later seen feeding the old lady water by pushing a plastic bottle towards her mouth and pressing on her cheek, before wiping her mouth with tissue paper.

The woman can then be seen shoving her fingers into the old lady's mouth multiple times, apparently to remove food.

Elizabeth told Stomp: "The woman was digging out food from the old lady's mouth but the way she did it was too forceful and unacceptable.

"The old lady was seated as quiet as a mouse, no noise and no screaming, with only fear in her eyes.

"Her husband was frowning and looked stressed.

"If the woman dared to do this in public, imagine this poor vulnerable old lady at home."

Concerned about the repercussions, Elizabeth said she did not confront the woman.

However, she subsequently called the police to see if she could lodge a report. 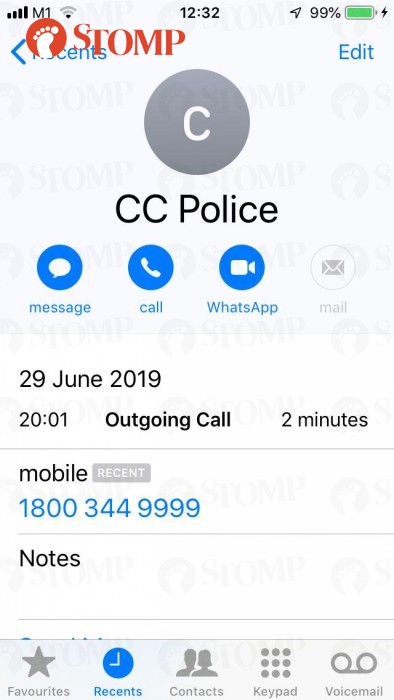 Elizabeth recounted: "The police said that if I had called them when the group were still at the scene, they could come down to check.

"They also said it was better for the old lady's family to make a police report, which I understand."

As such, Elizabeth decided to share the video publicly, adding: "The video speaks for itself.

"I wouldn't want this to happen to my parents."

Related Stories
Maid who hit elderly stroke patient gets sent away, employer 'pretended not to know about video'
Maid arrested after allegedly threatening 70-year-old employer with 15cm knife
Maid sits on elderly woman and threatens her with knife in Bedok home before robbing her of cash and jewellery worth $9,400
More About:
abuse
elderly
inappropriate