Maid who hit elderly stroke patient gets sent away, employer 'pretended not to know about video' 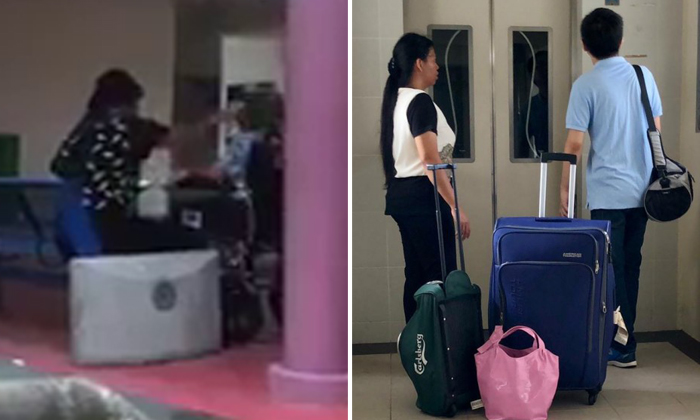 A video showing a maid hitting a wheelchair-bound elderly woman in the head multiple times has sparked outrage online.

The 55-second clip was posted online by a Facebook user, who told Stomp that the incident occurred at around 4.42pm on Aug 9, at Block 21 Telok Blangah Crescent.

The Facebook user said her former domestic worker, known as Jenny, had witnessed the incident and filmed the video, adding: "She is now working for a new employer and was with the employer's child at the playground.

"Suddenly, she heard a loud cry and saw the maid slapping the granny.

"That was when she started filming and sought my help."

In the video, the maid is seen hitting the elderly woman in the head three times. At one point, the latter can be heard shouting upon being hit by the maid.

According to Shin Min Daily News, the elderly woman is a stroke patient in her 80s.

Lianhe Wanbao reporters contacted the employer of the maid in the video, Ms Zhuo, who identified the elderly woman as her mother.

She said neighbours had told her how they often heard the maid scolding her mother, even shouting at the elderly woman in the market.

The 63-year-old, who works in advertising, was quoted as saying in Wanbao's Aug 10 report: "I saw the video but pretended not to be aware of it, as I did not want to burn bridges with the maid. I do not want to cause more drama for the time being."

Ms Zhuo said she felt that the maid was not suited for the job. While the maid handled housework properly, Ms Zhuo was unhappy with how she treated the elderly and felt that there was no excuse for being rough.

Ms Zhuo also revealed having plans to send the maid back to Indonesia and said she would discuss the matter with the latter.

When Wanbao reporters visited the scene, they spoke to a 35-year-old Indonesian maid identified as Ani.

Indignant, Ani told the maid that she should not be treating the elderly in such a manner. 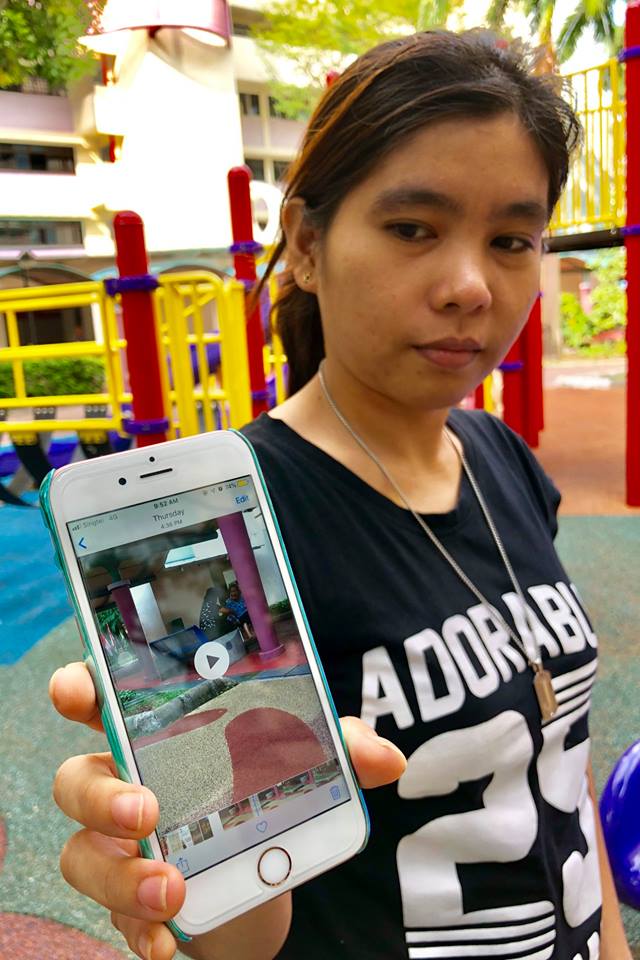 Jenny (pictured above) said she had only been working for her new employer for four days when she witnessed the incident.

"I was downstairs with other domestic workers when I saw the maid hitting the ah ma several times. The ah ma cried out for at least 15 minutes, but the maid showed no sympathy and continued doing it," she added.

"I couldn't stand it and decided to film a video as evidence, which I sent to my former employer, in hopes that she could help."

According to Jenny, it was not the first time other domestic workers had witnessed something like this. They had apparently tried speaking to the maid, who reportedly replied that she had to hit the elderly woman as she "could not hear".

"I am unable to accept such rough treatment of an elderly person who can't take care of herself. It's really too cruel," said Jenny.

Son of elderly woman speaks out

When Shin Min reporters visited the scene on Aug 11, they saw that the maid in the video had already packed her bags and was getting ready to leave. 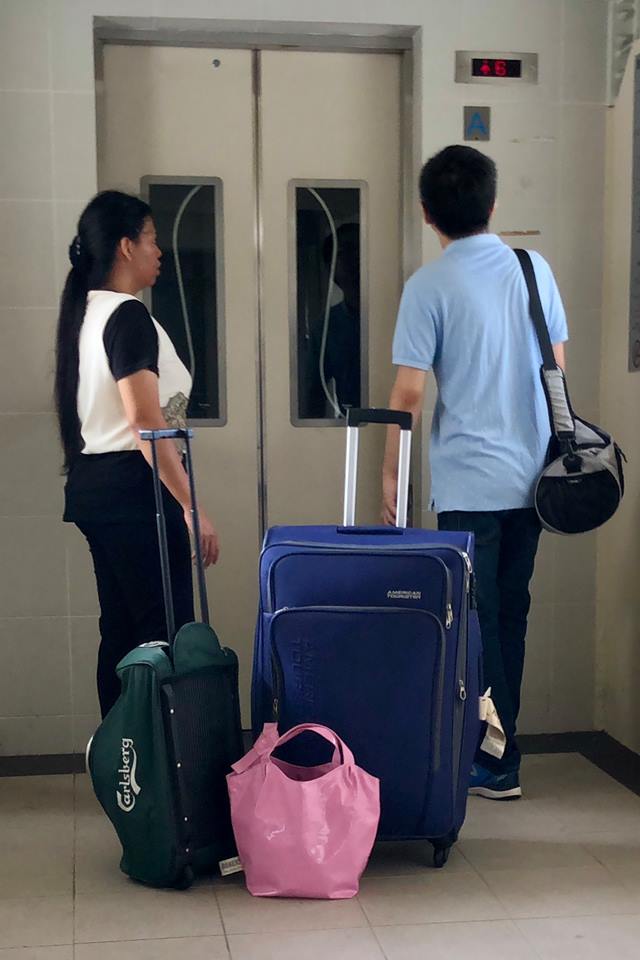 The elderly woman's 58-year-old son, an odd job worker, said he has informed the police, the Ministry of Manpower and an intermediary party about the incident.

He told Shin Min: "The maid did not cry, plead for forgiveness or make a scene, and even said goodbye to my mother before leaving.

"As for whether any further action will be taken against the maid, we will leave it to the intermediary party to handle it."

Worried that the maid might act rashly after the video surfaced online, Mr Zhuo said he requested that she leave the door open when helping his mother to shower the previous day, in case something happened.

According to Mr Zhuo, neighbours came forward to express their concern and consolation after hearing about the incident. They also revealed how they had witnessed the maid hitting his mother before.

"They said they did not know what to do as they didn't have any evidence. Some even said they saw my mother bleeding from her nose."

Mr Zhuo, who lives with his mother, added that he would take care of her whenever he was home and let the maid rest.

"Often, she only worked half the day. I never thought she would repay us this way."