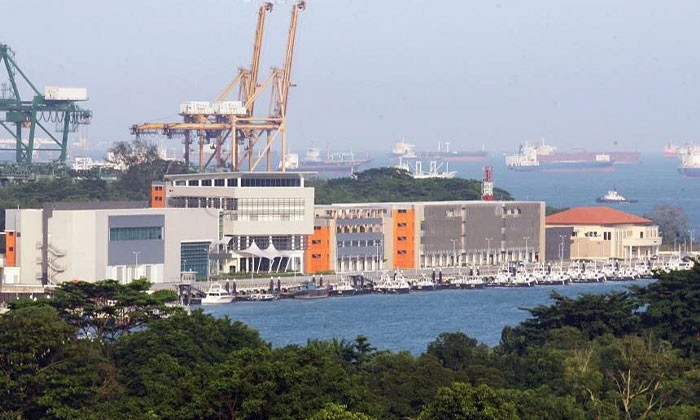 A 55-year-old Singaporean worker died on July 20 after he fell off a boat at the Police Coast Guard's (PCG) headquarters in Pulau Brani and was struck by the propeller of the boat's motor.

The latest fatality was first revealed by Workplace Safety and Health (WSH) Council chairman John Ng on Wednesday (July 27) during a speech at the annual WSH Awards, which was held this year at Resorts World Sentosa.

In response to queries, the Ministry of Manpower (MOM) said the accident took place at about 11am at 11 Brani Way - the address of PCG's Brani Base.

The worker, employed by consultancy services and training firm Citadelle, was alone on the boat at the time, MOM said.

The police said they were alerted to the accident at about 11.20am, and the worker was pronounced dead at the scene by a Singapore Civil Defence Force paramedic.

Based on preliminary investigations, the police said no foul play is suspected. Investigations by the authorities are ongoing.

The Straits Times understands the worker who died was a trainer.

MOM has asked Citadelle to stop all of its training activities.

Said MOM: "As a general safety measure, boat operators must be familiar with and adhere to safety precautionary measures when operating marine craft. These include the use of a safety kill-switch to shut off the motor should the operator fall overboard."

This is the third reported workplace death this year involving a worker falling into the sea.

In April, a 36-year-old Indonesian employed by barge and tugboat operator Kim Hock Bee Marine died after he lost his balance and fell into the water while securing ropes that moored one barge to another.

A co-worker, 43, dived into the sea to rescue the man, and was hospitalised for five days as a result.

Both were wearing life vests at the time.

In May, a 59-year-old local worker employed by Alliance Instrumentation drowned after he lost his balance and fell while crossing a gangway from one vessel to another.

The accident on May 17 happened at the Eastern Bunkering A Anchorage, on a vessel occupied by Unitrust Marine Services.

Preliminary investigations revealed he was wearing a life jacket and carrying a backpack containing equipment at the time of the accident.