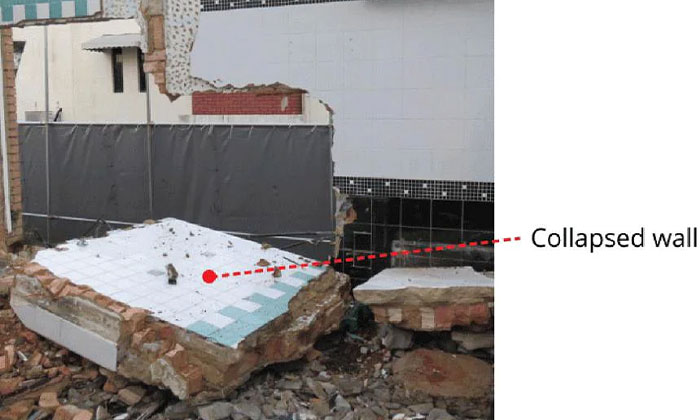 A 41-year-old Bangladeshi worker died when part of a wall he was hacking collapsed on him on the second floor of a landed private home in Serangoon Gardens on June 10. He was extricated by Singapore Civil Defence Force rescuers and pronounced dead at the scene.

The Ministry of Manpower (MOM) said it was alerted to the accident at 44 Tai Hwan Heights around 4.30pm that day.

"As a general safety measure, demolition works must be properly planned for structures to be demolished in a systematic manner," said an MOM spokesman in response to a Straits Times' query, after the accident was shared in a Workplace Safety and Health (WSH) alert issued by the WSH Council on Thursday (June 16).

The spokesman said the occupier is Beow Hock Engineering and the dead worker's employer is Sam Woo (S.E.A.).

MOM is investigating the accident and has instructed the occupier to stop all works at the site.

The WSH alert said workplace injuries tend to rise around this time of the year and cautioned the industry to remain vigilant against risks and prevent accidents.

The WSH alert noted that demolition works are high-risk construction activities and proper plans as well as procedures must be put in place before work begins.

To prevent similar accidents, the WSH alert listed a slew of measures.

For example, before any demolition work begins, a detailed survey to assess the structural stability of the building and its surroundings should be conducted.

Additional supports such as shores and braces should be installed if any structure or component becomes unstable during demolition.

Other measures include a demolition plan and the adoption of a top-down wall-hacking approach to reduce the possibility of a collapse of a large segment of the wall.

Supervisors should also be on-site to ensure that demolition works are carried out safely according to the method statement.

"They should monitor the site frequently for possible unsafe conditions and/or safety lapses," said the WSH alert.

Workers should also be provided with the necessary personal protective equipment, such as safety boots and helmets.

In the light of a spike in workplace fatalities, enhanced enforcement measures are being introduced.

Effective from Tuesday (June 14), companies with poor WSH performance will incur stiffer penalties. These include the doubling of composition fines of up to $5,000 for offences observed during safety inspections.

Companies that have been issued stop-work orders or have had workers experiencing major injuries will also have to engage external auditors to review their current systems.

MOM had previously said that more than 200 major injuries were reported during the first four months of this year. It added that 65 per cent of fatalities and major injuries involved workers employed by small and medium-sized enterprises.