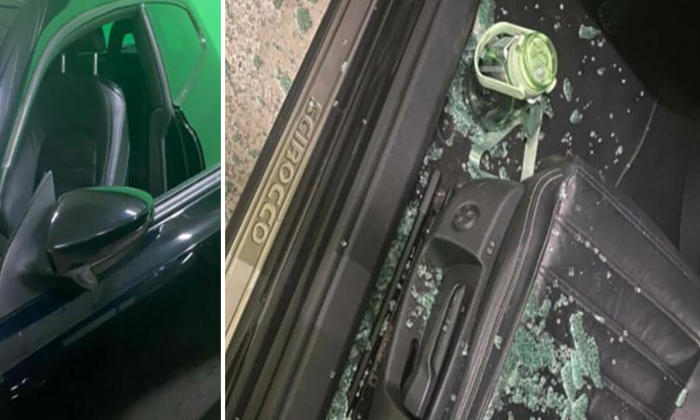 When a Singapore woman finished an evening of shopping at a Johor Baru shopping mall, she returned to her car only to find the window broken and her bag stolen from inside the vehicle.

The incident, reported by 8 World News, occurred on Saturday (July 23) after 8pm.

The woman had parked her black Volkswagen Scirocco on the parking structure’s second storey, near the entrance. The name of the mall was not disclosed in the report.

When the woman and her boyfriend returned after an hour of shopping, they found the window of the two-door coupe smashed, with glass fragments scattered on the passenger side and on the seat.

A security guard was seen standing beside the vehicle.

The woman told the Chinese news outlet: "The security guard told us that he was kicked by the suspect, and the suspect even told him to mind his own business. The car's dash cam captured the suspect's appearance."

The woman said she lost about $200 in cash that she kept in the car and ended up spending $400 to repair the window.

She added that it was fortunate her passport and identification card were kept separate from the bag that was taken.

The woman said she lodged a report of the theft with Malaysia police, but was still rather displeased with the process.

She told 8 World: "If the feeling is that such incidents are commonplace in Malaysia, (then) these kind of incidents will only get worse and security will not improve."

The mall's management told 8 World that it is aware of the incident and will contact the affected party to follow up on the incident.