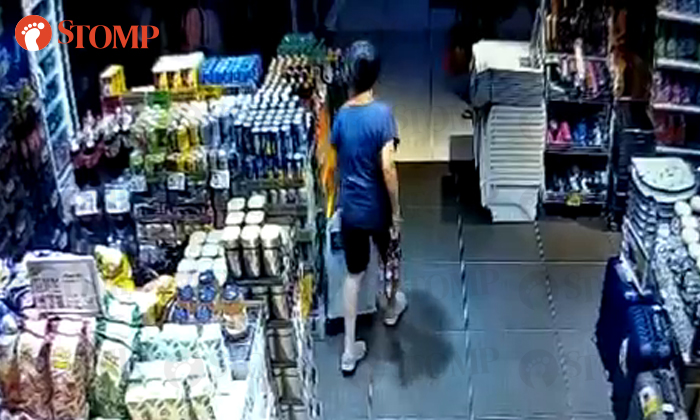 A woman was caught on camera leaving a store with a bag of items that belonged to another shopper.

Stomper T shared CCTV footage of the incident that occurred at the Japan Home store at Compass One shopping mall on Wednesday (July 20), at around 4.47pm.

T said: "We went to Japan Home to shop for something and as the items were bulky, we decided to leave the bag of items in a corner (in view of CCTV cameras).

"It was only when we are about to leave the shop that we realised the bag of items was missing.

"We checked with the staff of Japan Home to see if they had placed the bag somewhere for us, but to no avail. Hence, we requested to view the CCTV footage.

"That's when we noticed a woman in blue standing and looking around before taking our items and leaving the shop with our bag of items."

According to T, the bag contained 2x five boxes of facial tissues worth around $12.

"Although it is something inexpensive, we can clearly see the ill intention of the woman from the footage. This is a form of dishonesty," added the Stomper, who has not made a police report.

"How does one not feel annoyed and angry when viewing the video? If the item belongs to you, how would you feel?

"I hope the woman comes to her senses and not continue doing this to others before it gets too late and she lands herself in a police station."