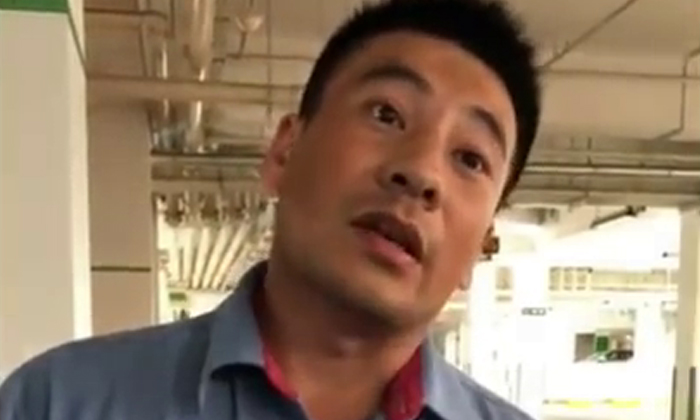 SingPost has refuted claims made by one of its employees, who had earlier been caught on video throwing away mail instead of delivering them, about his workload and hours.

The videos, which multiple Stompers shared with Stomp, were filmed at Reflections at Keppel Bay condominium on Feb 7 and went viral online after being posted on Facebook.

In the clips, the postman can be heard complaining about how his superiors treated him unfairly and having to work overtime without being compensated.

He also lamented about having 2,600 letterboxes to cover and said he wanted to see a doctor because his leg hurt, adding: "I am very tired, do you know?"

A Singpost spokesman told Stomp on Feb 10 that the postman, whose action was "a serious failure of duty", had been dismissed.

He also said that the mail thrown away by the postman had been retrieved and would be processed.

In an updated statement today (Feb 13), the spokesman added: "The postman was responsible for mail delivery to two condominiums, which collectively have about 2,300 units. This distribution and his working hours are in line with the average for our full-time postmen.

"Our records indicate that he has not previously raised any concerns about his work environment nor health issues; this is the first time he has mentioned this.

"The postman joined SingPost on 1 October 2015. Our disciplinary directive stipulates that discarding mail items is a serious failure of duty, which will lead to immediate dismissal.

"In this case, the postman has admitted that he threw away return letters and direct mail.

"We review our postman assignments regularly, based on volume and routing among a number of factors, and will redeploy our postmen for overall operational efficiency as well as in consideration of their individual performance.

"We are working on harnessing technology to gather more operational data in real time to enable greater optimisation of routes and assignments."

Related Stories
SingPost postman sacked after he was caught on video throwing away mail at condo
Why is Mr Postman cramming large packages into my letterbox?
Sengkang resident frustrated to find package damaged after it was forced into mailbox
More About:
SingPost
bad service