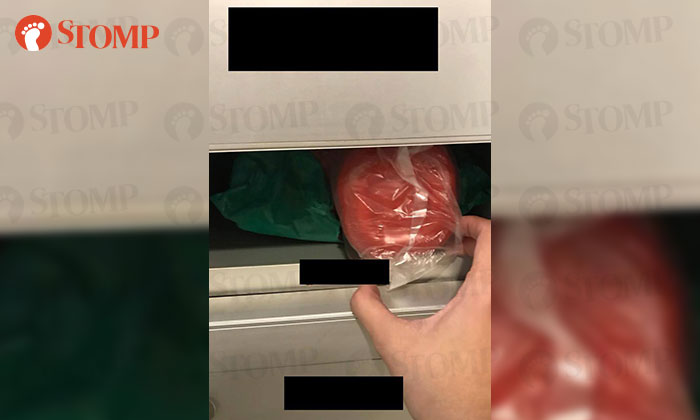 Stomper Escaño, a resident of Blk 288 Compassvale Crescent, was upset to find a water bottle which she had ordered was damaged after being forced into her mailbox on Oct 11.

Not only that, she was unable to retrieve it from the mailbox due to the small opening.

According to Escaño, this was not the first time that her wares were damaged by careless handling.

When she tried calling the SingPost's hotline for assistance, she was told to wait for the following day as it was after official work hours.

"I'm not sure if it is because the mailboxes are smaller here.

“My husband also called in earlier at 5pm to ask them to open the box in the end, but no use.

“After that, I called in at 6pm but they told me that no one was working already, so nothing could be done.

“I purposely opted for normal mail because no point of paying extra fees for registered mail.

“If I’m not around, I still have to claim my item at the post office later.

“It defeats the purpose of paying extra, and worse, you have to queue for so long.

“What about a service recovery team?

“Please do something to improve the service."

In response to Stomp’s queries, a spokesman from SingPost explained that measures had been taken to ensure that the package was delivered to Escaño’s doorstep.

“When Ms Escaño contacted our hotline on 11 October 2017 for assistance to retrieve a bulky package from her letterbox, the request fell outside our operational hours and we offered to arrange for the item to be retrieved the next day.

“On 12 October 2017, we called back to fix a time to retrieve and deliver the package to her doorstep – this was done within the day.

“We have reminded our postmen to use the templates provided to check if packages they are delivering will fit in residents’ letterboxes.

“Packages that are too big should be delivered to the doorstep of the addressee.

“We apologise again to Ms Escaño and her family for the inconvenience caused."

Related Stories
Woman eagerly orders mooncakes online for the weekend -- but they never arrive
300 passengers affected by 2-hour delay after woman refuses to check in overweight luggage
Girl complains about being asked to leave for studying at Starbucks... but gets burned by netizens
More About:
delivery
SingPost
complaint