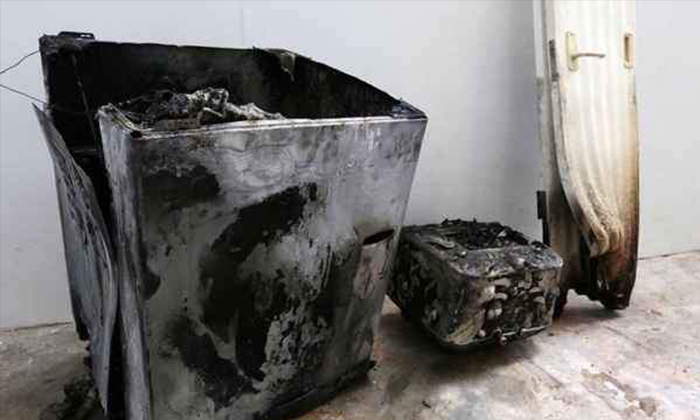 The fire that burnt down a Samsung washing machine in a flat in Bukit Panjang last Wednesday (Nov 9) was caused by an electrical short circuit likely caused by moisture.

The moisture build-up was due to the washing machine being placed in the bathroom, said Samsung in an official statement.

A photo of the incident went viral last week.

The flat owner, a 51-year-old technician, said his 42-year-old wife was doing her laundry in the kitchen toilet and had left the washer for less than 10 minutes.

However, she rushed back after noticing an unusual smell, and found the washing machine engulfed in flames and thick smoke.

The toilet walls, ceiling and air-conditioning pipes were also burnt.

In the statement, Samsung said:

"Samsung has completed the investigation into the incident involving our washing machine.

"Consumers are reminded on some of the safety recommendations for washing machine use.

- Do not install the washing machine in an area exposed to moisture or weather, or in an area which may be prone to water leaks. In the event of a water leak, allow the machine to dry naturally

- Do not use multiple appliances attached to the same outlet, as it may cause a power surge

- If the power supply cord is damaged, please contact the manufacturer