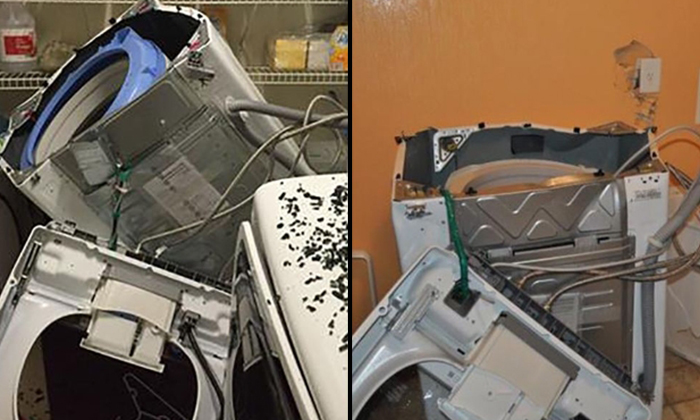 Poor Samsung just can't catch a break. First it was the exploding Samsung Note 7s, then the S7 Edge, and now...their washing machines.

The incidents resulted in nine injuries, including a broken jaw and an injured shoulder.

The 34 different models that are on the recall list have tops that could detach from the machine during high-speed spin cycles for bulky items like bedding.

Customers who have bought a recalled machine within the last 30 days can opt for a refund.

Other buyers can opt for a in-home repair, where the top of the washer will be reinforced, or a rebate towards another Samsung washing machine.

Samsung Electronics Singapore told The Straits Times that it "is aware of a voluntary recall announcement regarding issues with certain top-load washing machines sold in North America."

However, it added, "We can confirm that this issue does not impact top-load washer models sold outside of North America."